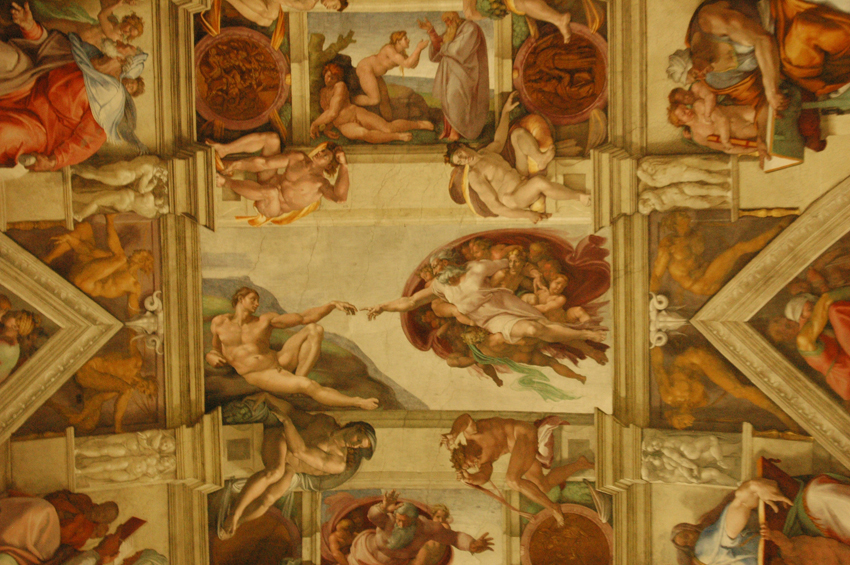 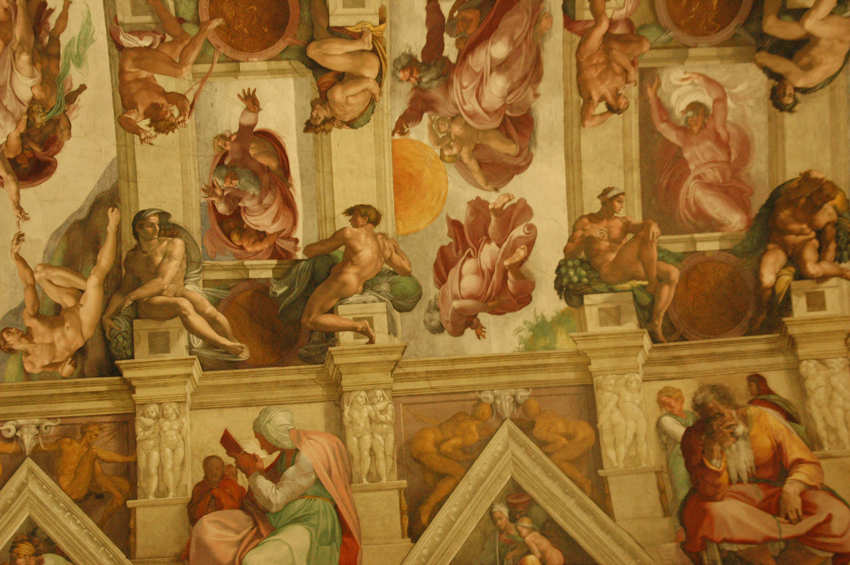 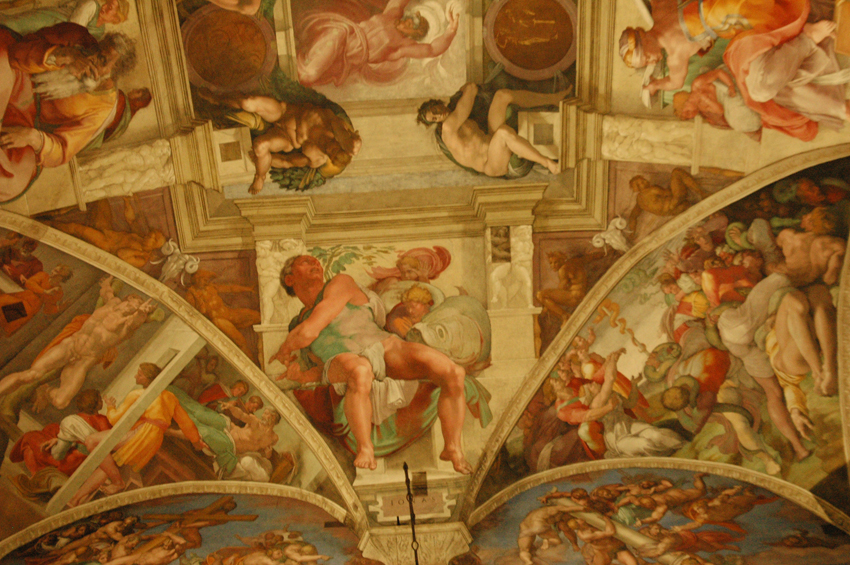 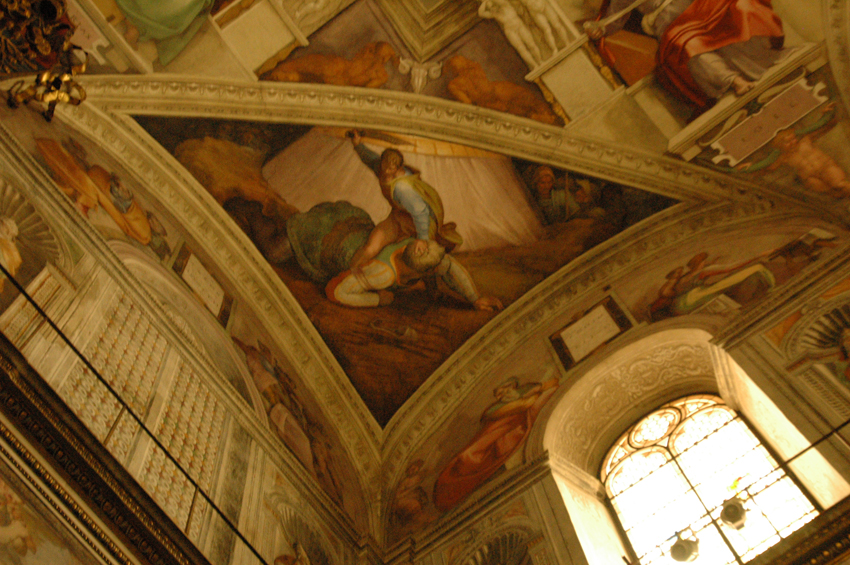 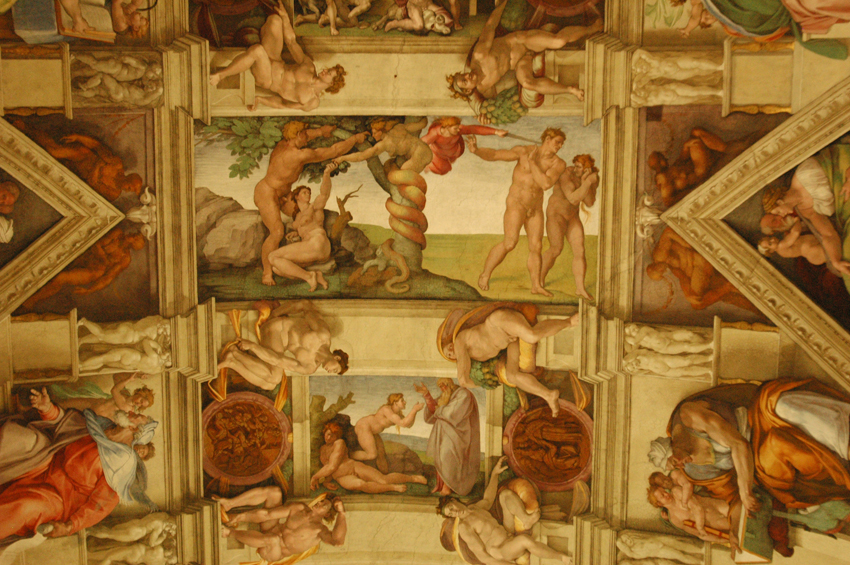 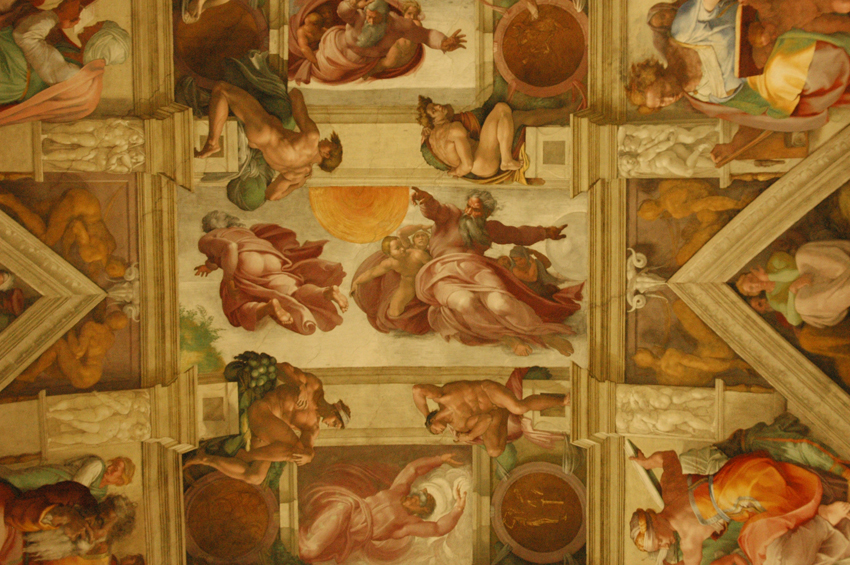 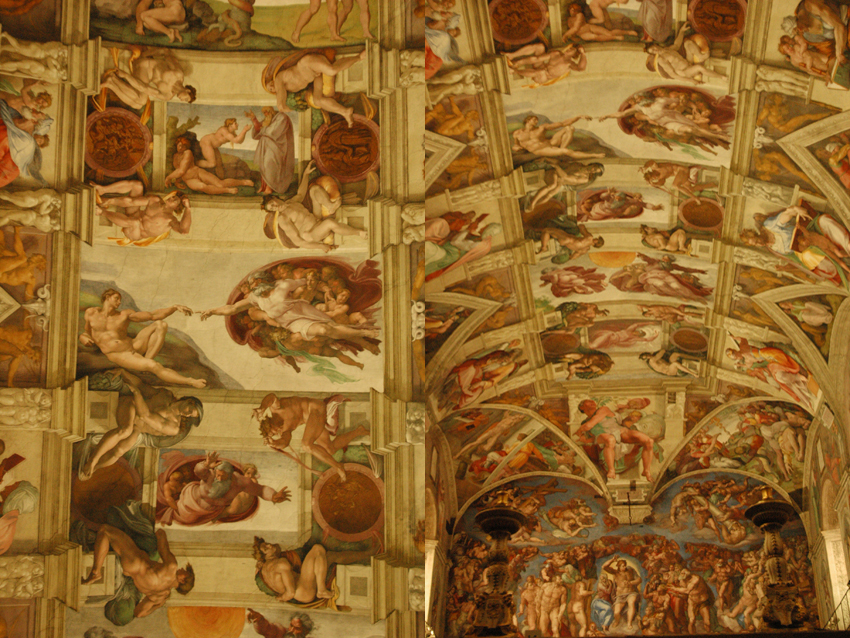 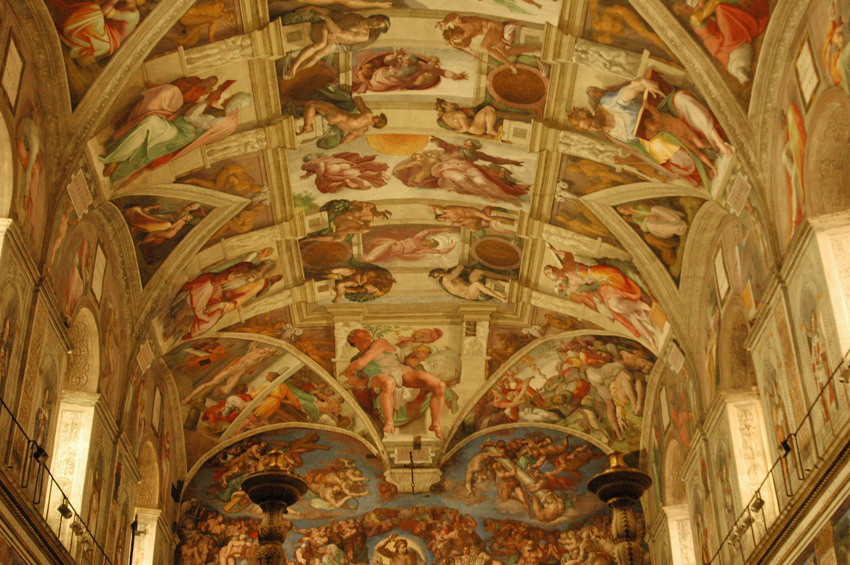 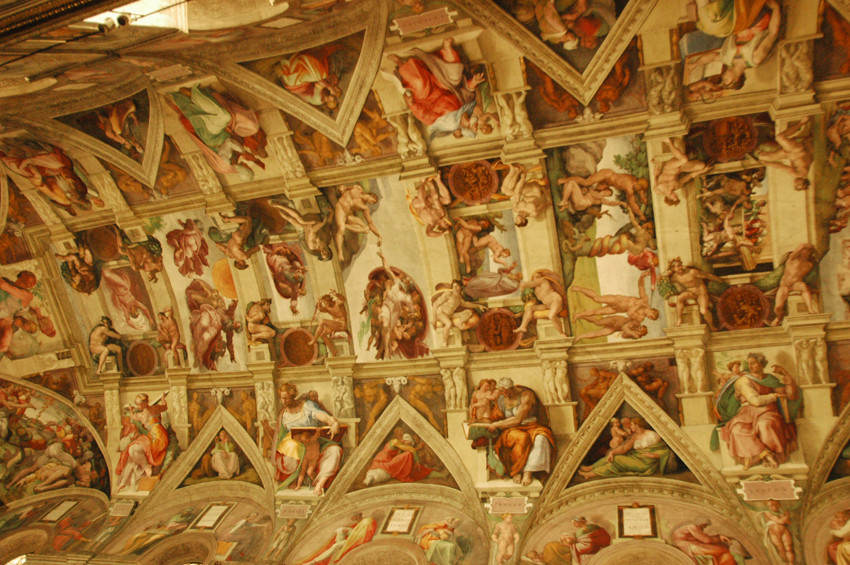 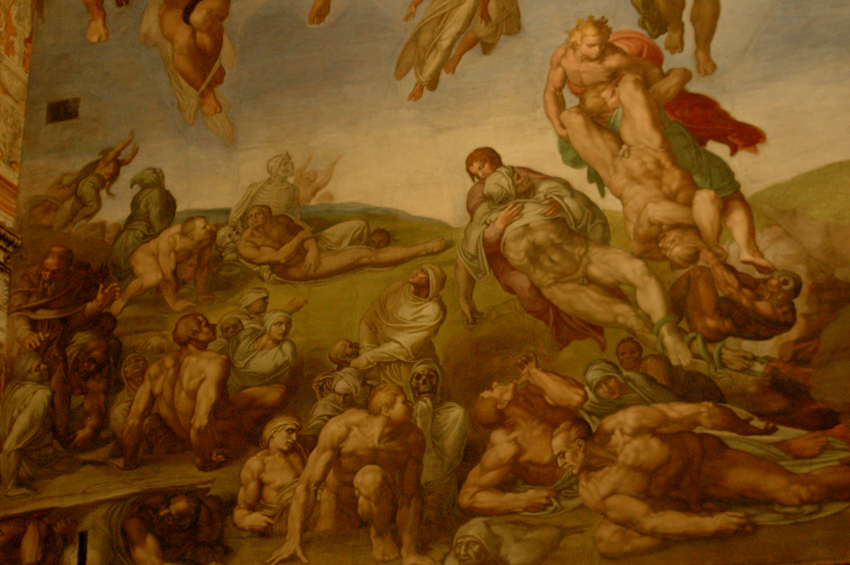 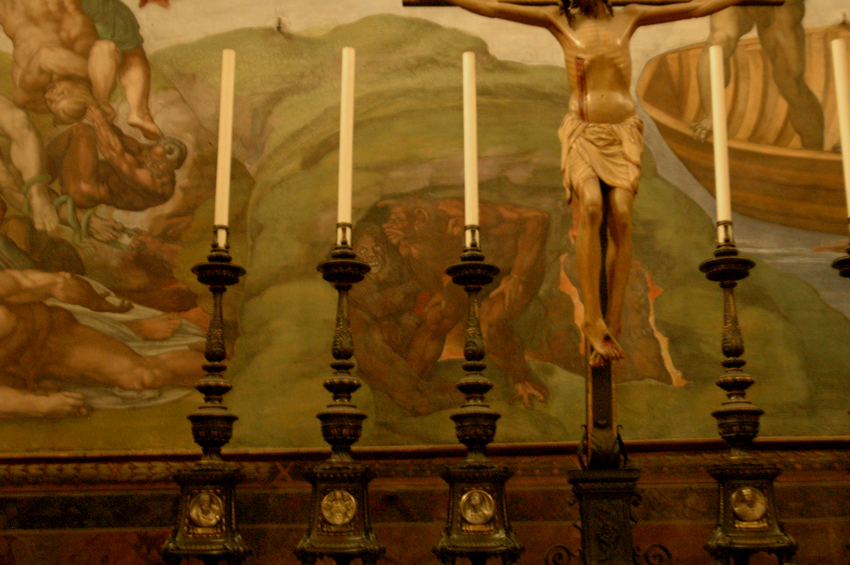 Those of you who know me know that I am an artist (oil painter) and I am enthralled with religious art, so having an opportunity to visit Rome and the Sistine Chapel was really exciting for me.

I really didn’t know what to expect. I know there is a lot of buzz around the Sistine Chapel but after seeing so many incredible things in Rom I did not think I would be blown away. It was a long day before we got there. We saw the Pope, visited the Vatican Gardens, toured the Vatican museum, and then we were ushered into a tiny Sistine Chapel. It was really no bigger than a high school gymnasium and it was packed with people all staring up at the ceiling. There are no pictures allowed there so grabbing the pictures was quite a feat. I’m sure it helped that our liaison was the director of finance for the Vatican Museum.

Then we stood like hundreds of others looking at this masterpiece. The scale and detail is remarkable. I had never seen anything like it before. It was like viewing the history of mankind painted on a ceiling from Michelangelo’s or the church’s perspective.

I saw the famous story of creation with a humanist Adam barely stretching his finger out towards a reaching grandfather-looking God. I saw the story of Adam and Eve painted with the serpent leaving the garden. I saw David triumphant cutting off Goliath’s head. It was all there painted on the ceiling of a chapel for the entire world to see.

I was also struck by the paintings that don’t make the postcards and textbooks. The battle of mankind between death and demons. A war waged with mankind with death and demons. It seemed almost as if later church officials wanted to hide these images by putting a crucifix and candles in front to block them.

I was enthralled by all of it. You can’t help but to feel small looking up at this great story painted. I am a believer that the best art that we will ever see came out of this era. There was a perfect mixture of talent (Michelangelo, Da Vinci, Raphael, ect..) and the perfect client (the church) to create something amazing. As a designer I love to create art but they don’t make them like this anymore. I was totally inspired.

Click here for a panoramic view of the Sistine Chapel

We believe design begins with a relationship of trust with your wedding planner and event designer. When choosing an event designer or a wedding coordinator, we believe that you should feel listened to, understood, and guided through the process in a way, which helps you achieve a look and feel that is personalized to your style. There should be a connection with the designer’s work, esthetic, and a comfort-ability with the professionalism of the company they represent. Mutual respect between the client and the wedding coordinator or event designer is the foundation to a successfully designed event. We believe it is the client who holds all the secrets to their design – what they like, what excites them, and the message and experience they desire to convey throughout their event.
View all posts by Asiel Design →
This entry was posted in Inspirations, Travel and tagged italy. Bookmark the permalink.