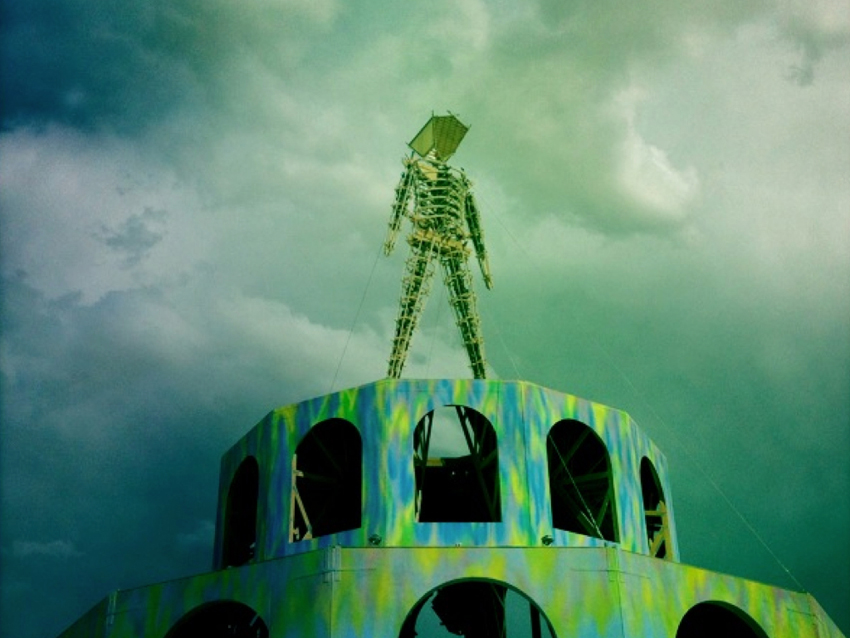 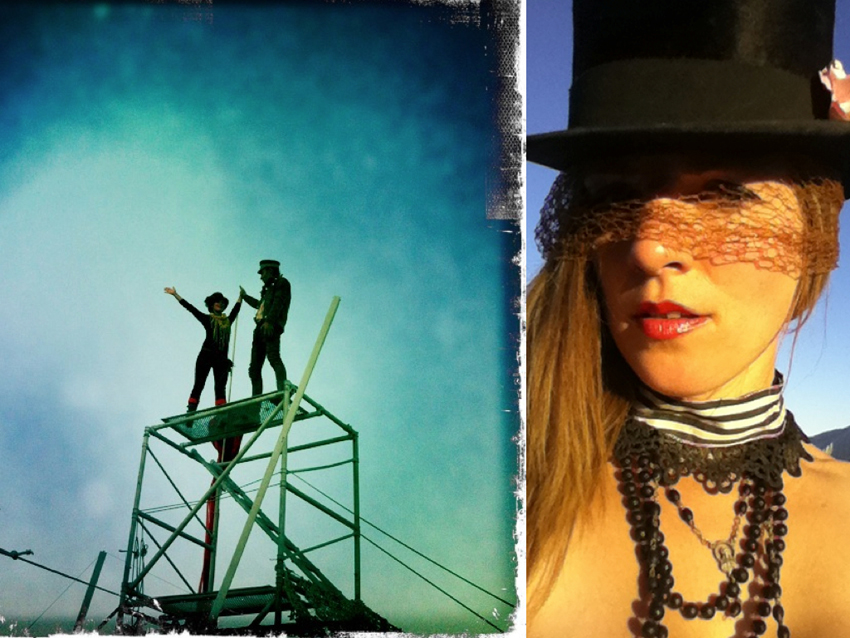 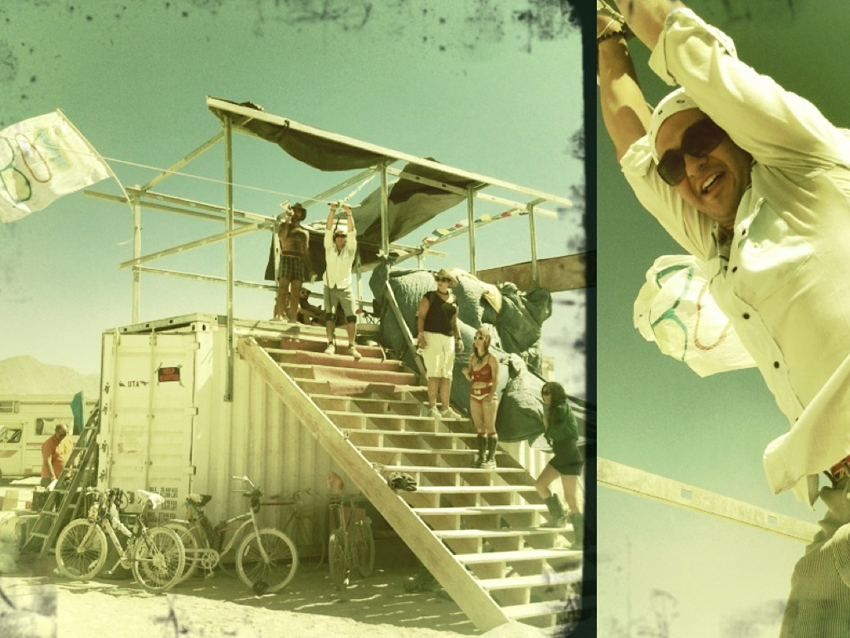 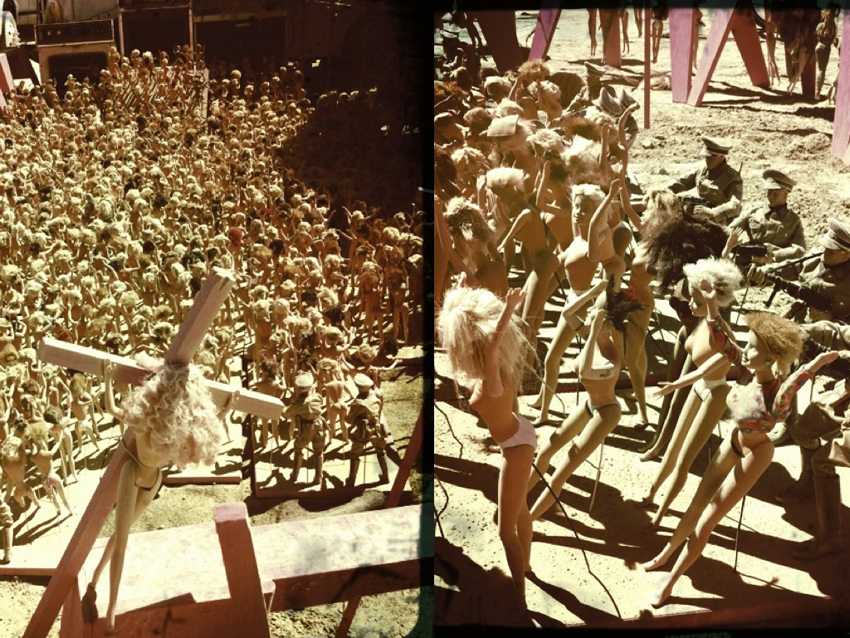 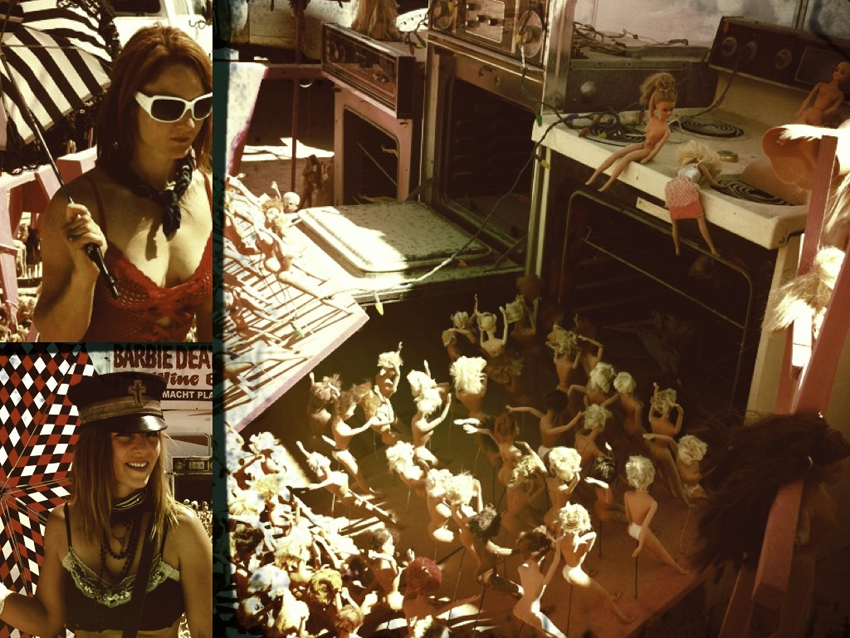 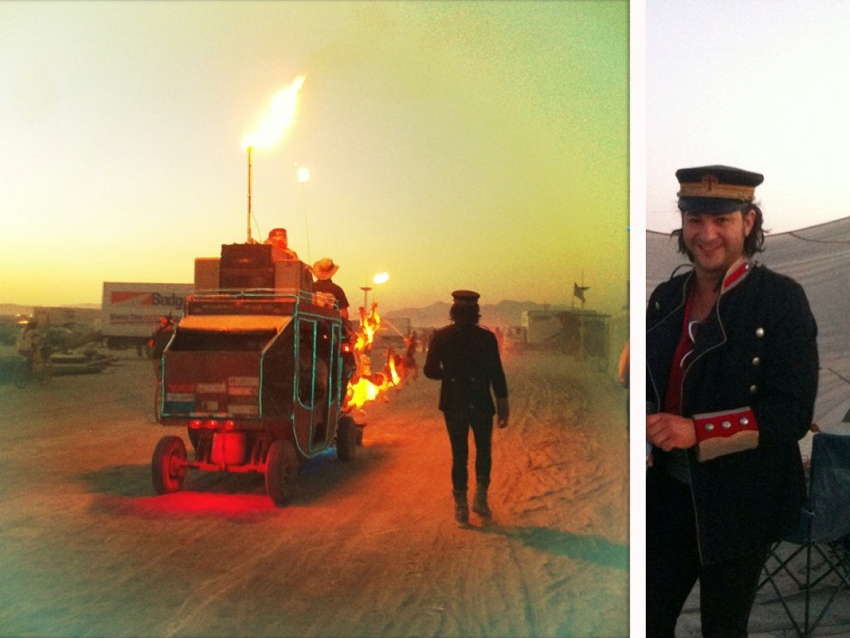 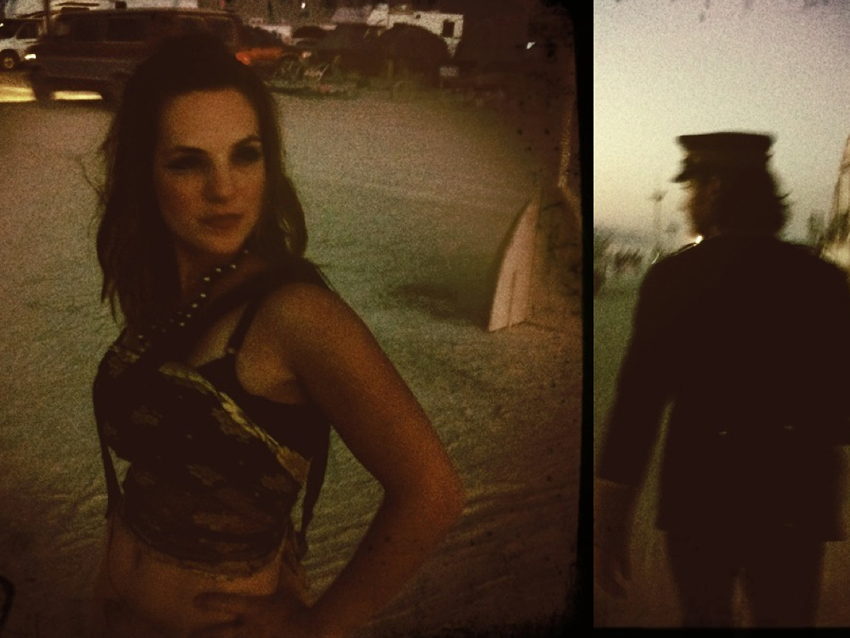 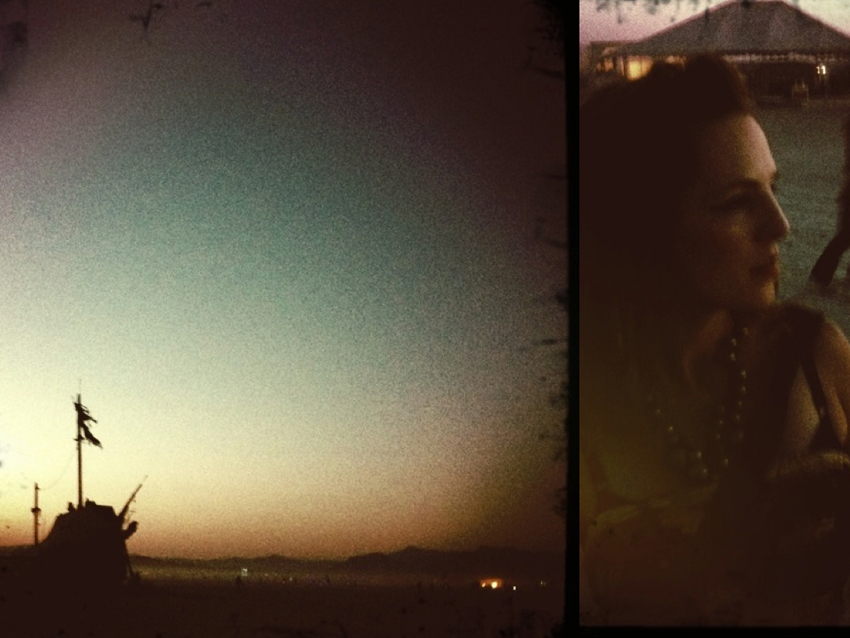 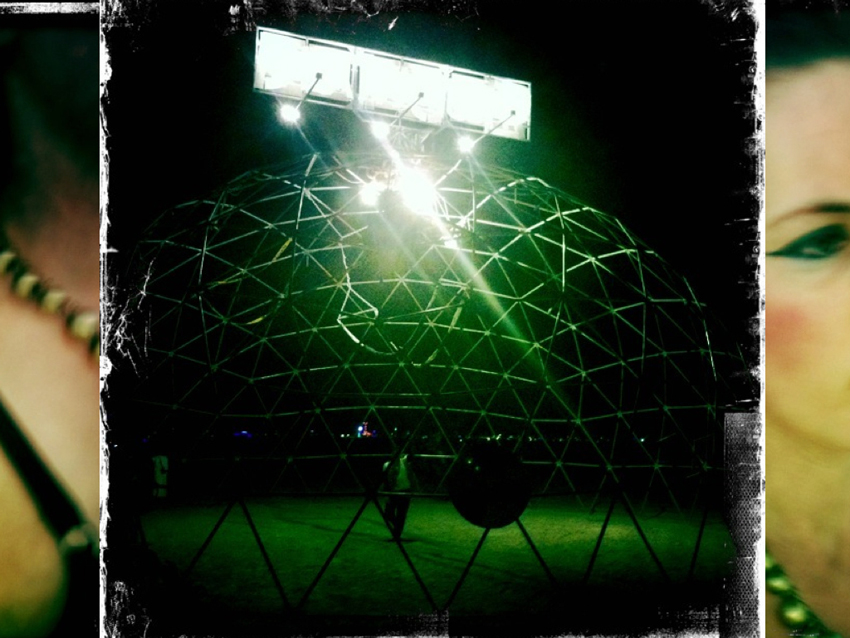 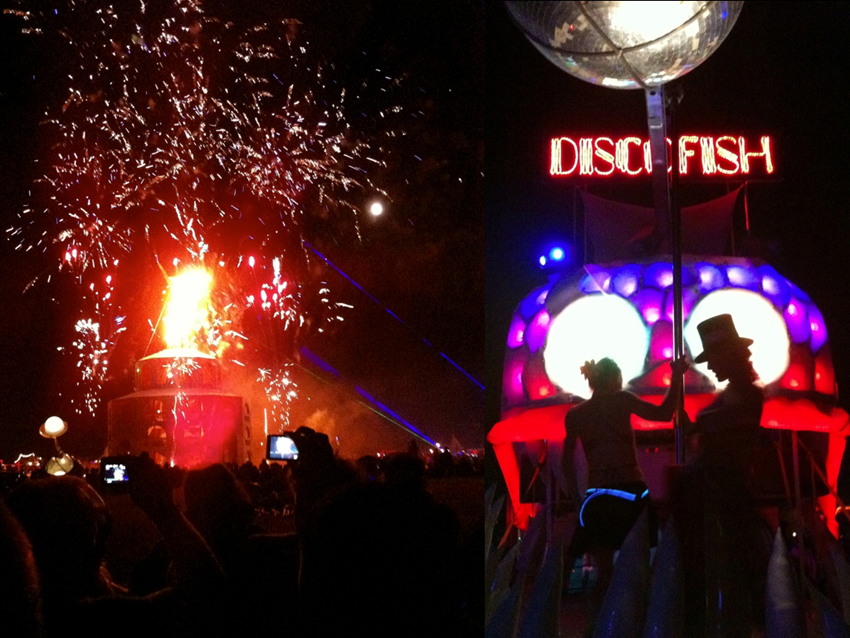 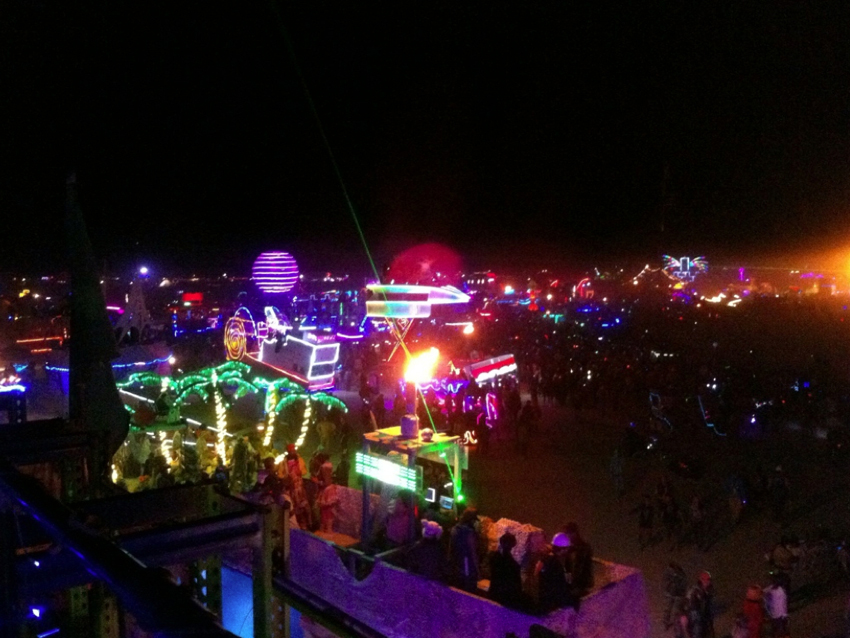 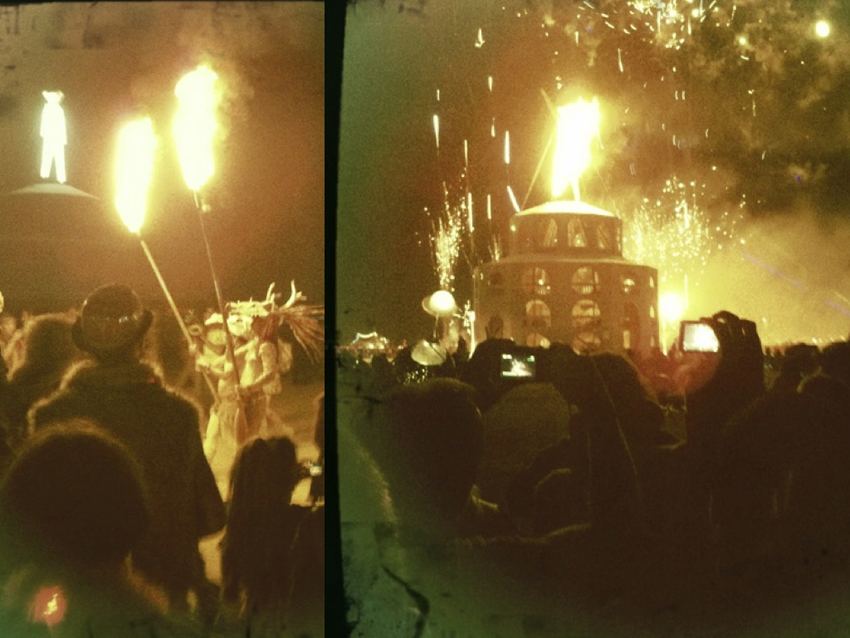 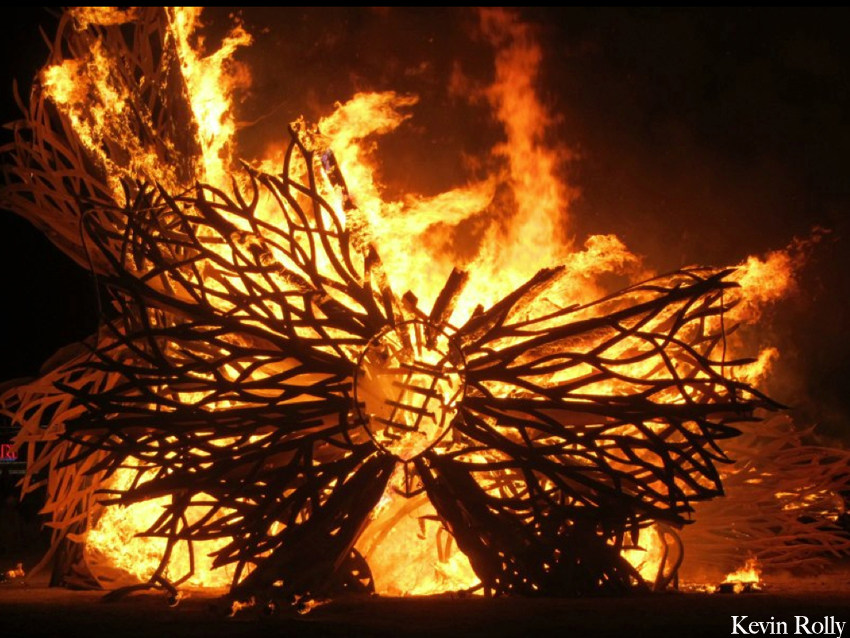 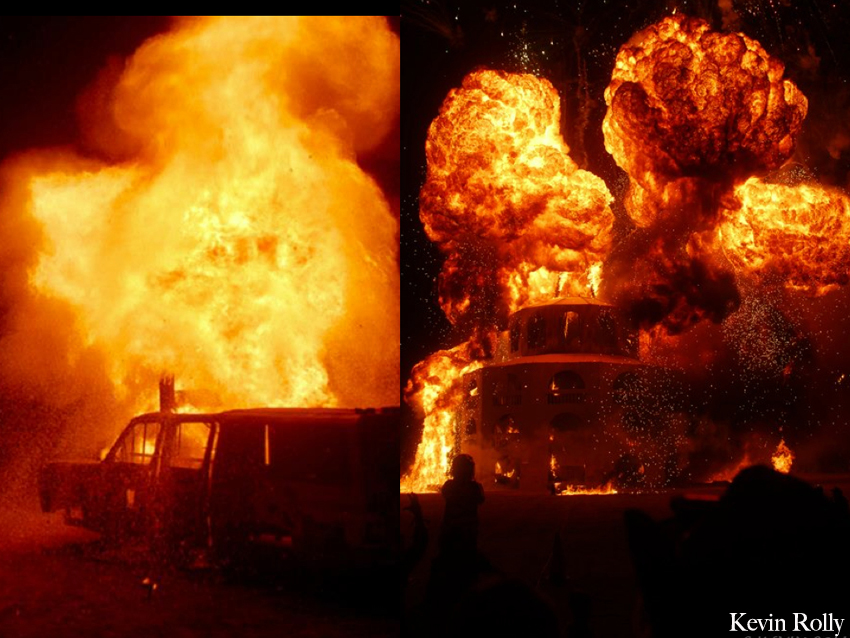 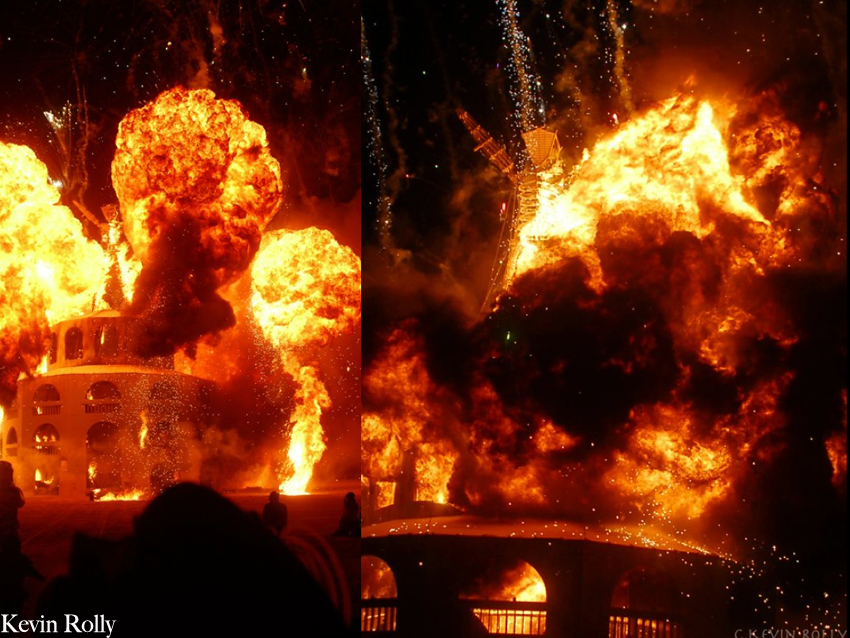 Today’s blog chronicles our last few days at this Burning Man. This week long festival is truly an unusual place. You could see that I found a zip line in the desert. It was fun but I don’t recommend it unless there is a sure way to stop (which I didn’t). Linnae and I also found the infamous Barbie Death Camp. We first stumbled upon this camp two years ago. At that time the message was to kill the stereotype of the Barbie image in our society. I like the message two years ago but wasn’t sure what to think about the new twist. This year the death camp changed a bit and there were Nazi soldiers forcing the barbies into an oven… I didn’t even want to ask.

After the man burns then there is an enormous party in the desert. Trying to explain the scale of this party is hard. I guess if you could envision a moveable Las Vegas in the middle of the desert than that would give you an idea. There are literally hundreds of art cars (moveable vehicles that are essentially moveable parties) in the desert that just keep going all night. We met up with one of these art cars in the desert…Disco Fish. Disco fish is put together by a friend of mine from the event industry, Geoff White.

This moveable fish is a non-stop party with an LED structure and thousands of gallons of propane. Why propane you may ask? Well that’s to fuel the flamethrower that propels from the top of the fish’s head. One of the biggest draws of the fish is the striper pole. Geoff said that they invested in a professional stripper pole and that it attracts the best dancers from all over the desert. Good call Geoff! (And yes that is Linnae out there on the pole with the top hat).

We partied with Geoff and the fish most of the night. But eventually we found ourselves on another art car. This was a triple-decker vehicle, ( I am not sure that 3rd deck as supposed to be open). But Linnae and I snuck up there any way. That’s when we got that picture of all the art cars out there in the desert. It was amazing to be up there overlooking this huge party.

Eventually we made our way home and past an empty thunder dome. Collapsing in our tent I remember thinking “what a night…. only at Burning man…right?”

We believe design begins with a relationship of trust with your wedding planner and event designer. When choosing an event designer or a wedding coordinator, we believe that you should feel listened to, understood, and guided through the process in a way, which helps you achieve a look and feel that is personalized to your style. There should be a connection with the designer’s work, esthetic, and a comfort-ability with the professionalism of the company they represent. Mutual respect between the client and the wedding coordinator or event designer is the foundation to a successfully designed event. We believe it is the client who holds all the secrets to their design – what they like, what excites them, and the message and experience they desire to convey throughout their event.
View all posts by Asiel Design →
This entry was posted in Burning Man, Travel and tagged 2012, black rock city, blackrock city, burn baby burn, burning, Burning man, burning man 2012, let it burn, man, nevada, travel. Bookmark the permalink.