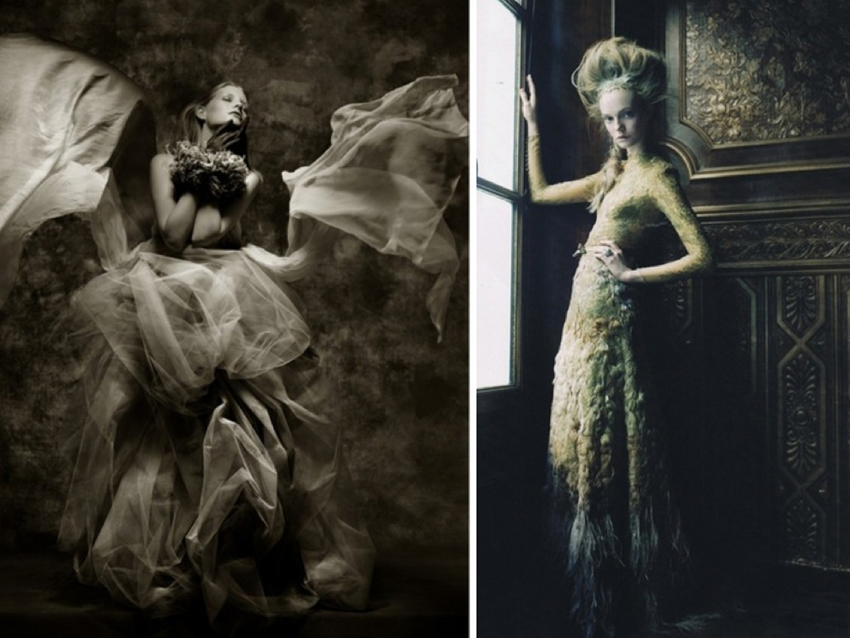 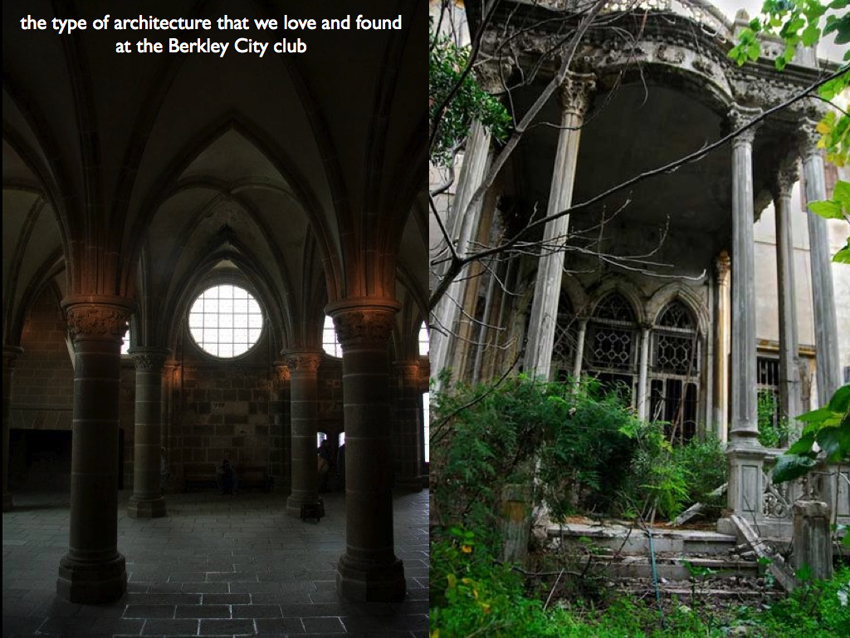 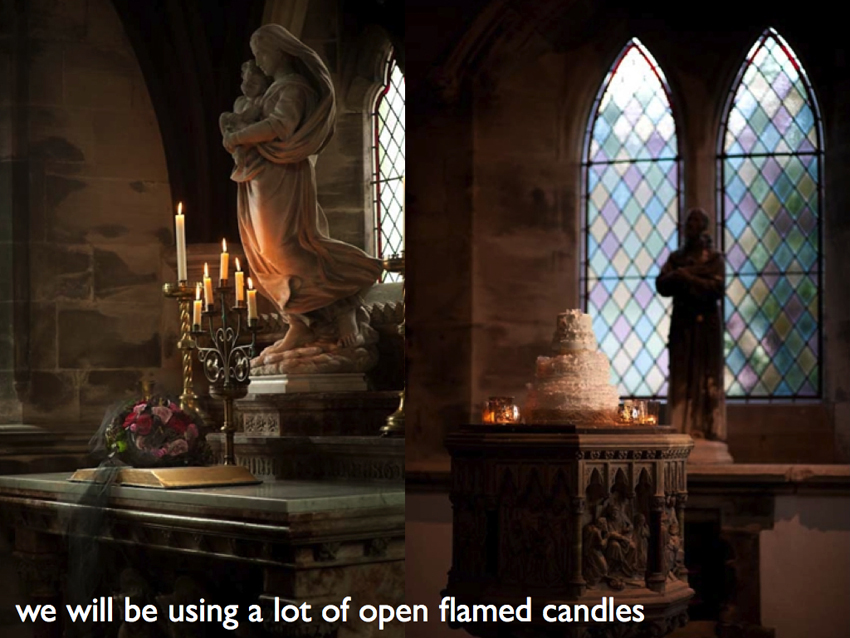 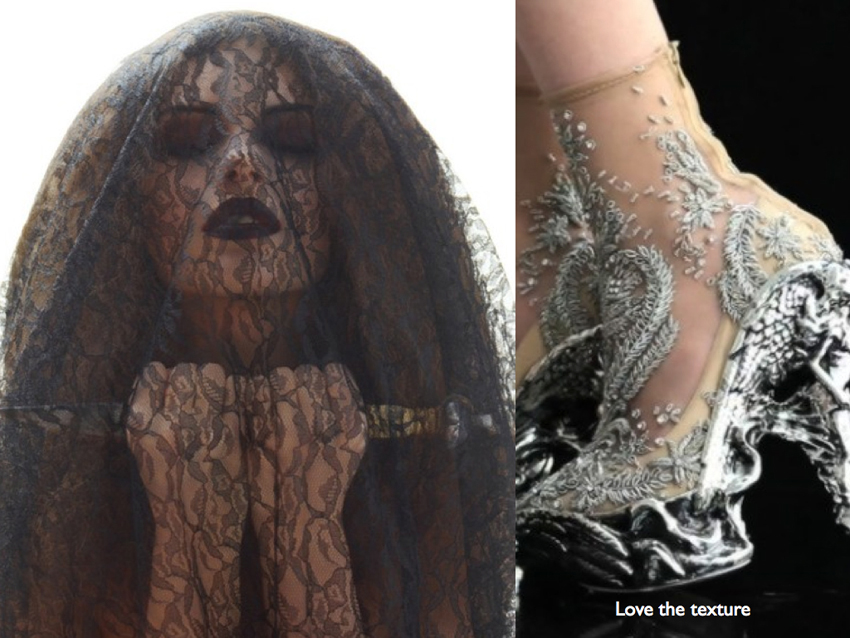 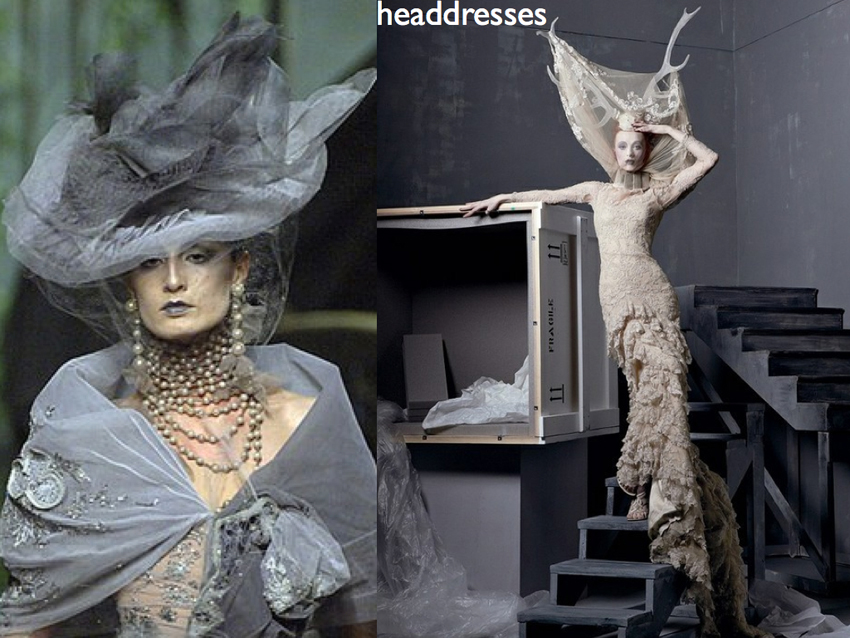 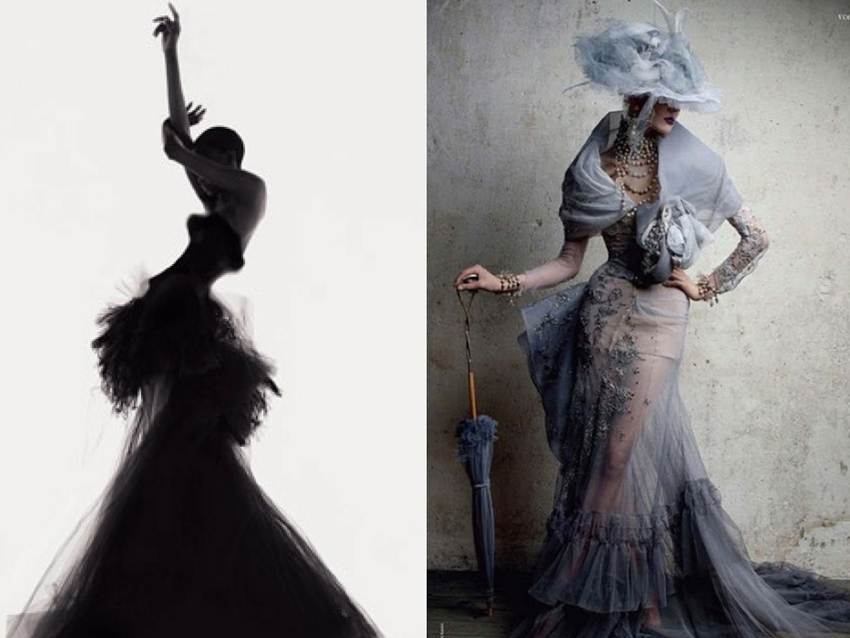 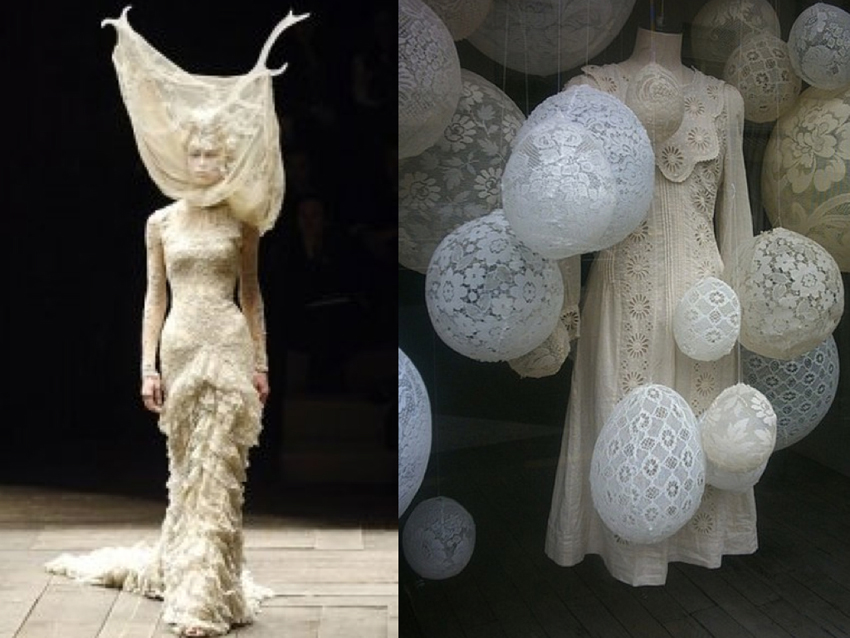 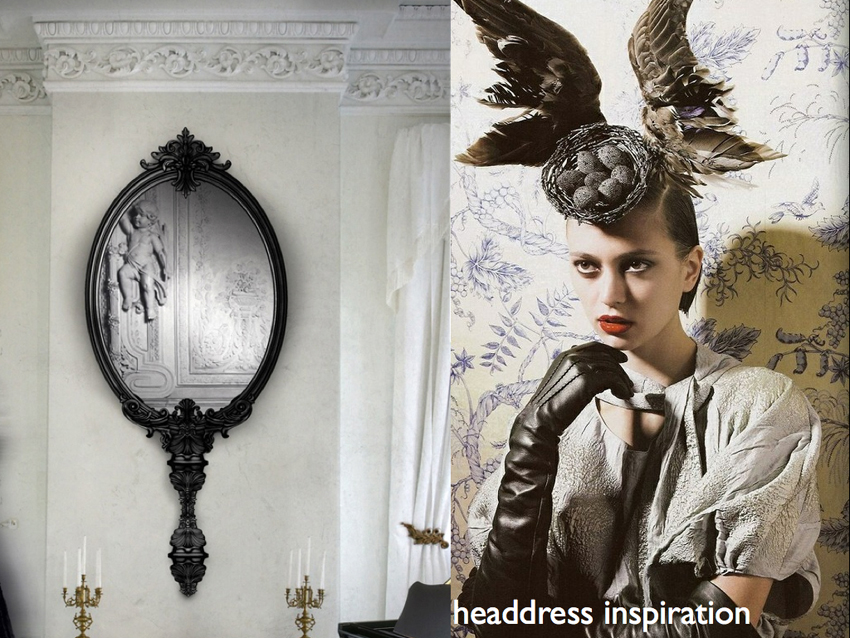 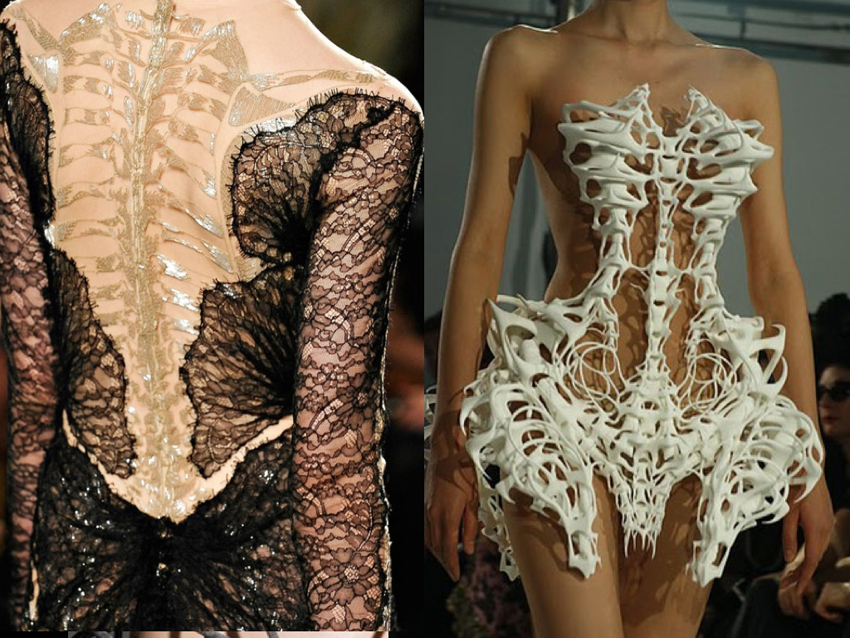 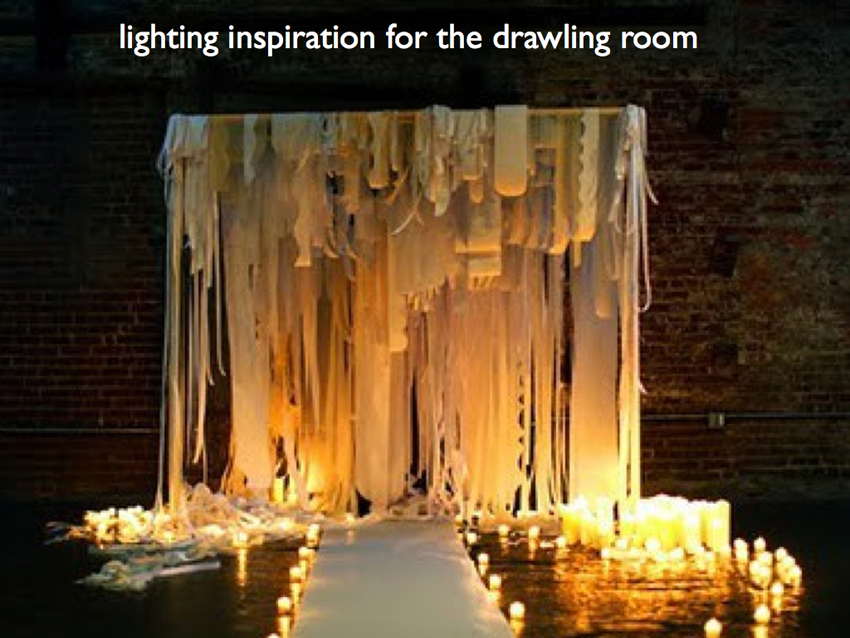 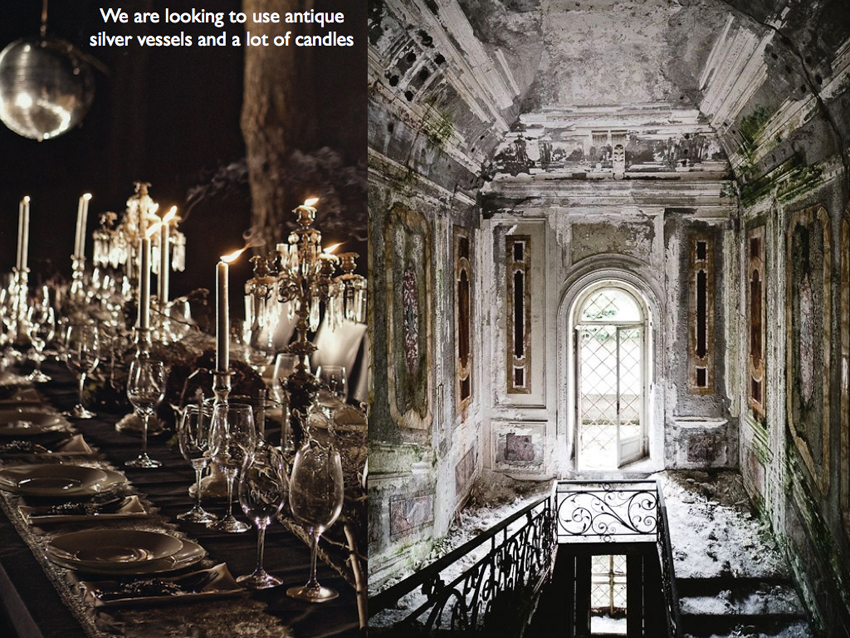 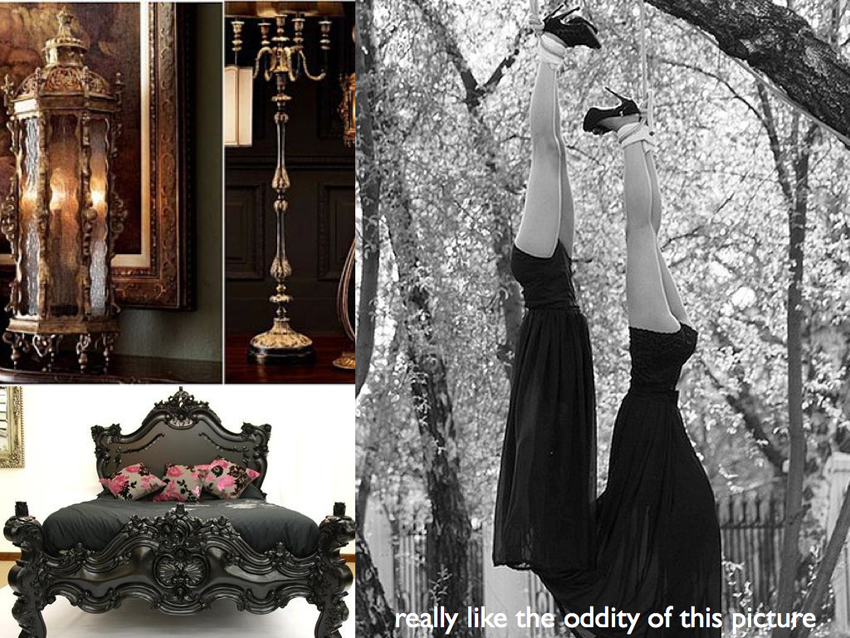 First of all I wanted to apologize to those who read our blog on a consistent basis because I haven’t blogged for a couple of weeks now. The truth is that we have been so busy working on the cover/editorial shoots for the upcoming 2013 edition of Today’s Bride magazine.Now that we got that out of the way I wanted to share with you what we have been working on. Above is our storyboard for our Gothic shoot that we are shooting in a couple of days. I even left the captions on the pictures so that you could see exactly what I sent out to my design team as we dreamt up this shoot.For us, Gothic is a big shoot. A lot of people associate our work as “Gothic.” But what does that mean? Is it dark? Is it edgy? Maybe it’s old world? Either way gothic could take up a lot of meanings so as we approached this shoot Linnae and I had to define what aspect of gothic that we wanted to approach.For us we did want it to be dark but only in the contrast and lighting. In other words for this shoot we would play with darker elements whether it was color or subject matter (animal remains and ghostly trees ect.) and try to capture the juxtaposition to light and also religious elements. We knew that the wedding world is our audience and so we wanted the shoot to have an ethereal tone.The second part of this shoot that we established early on was that it would take on a Victorian feel of gothic. We wanted to keep it old world. Yes, we would play with modern tones in the model’s hair, make up, and accessories but the heart of this shoot would have an old world vibe.

After establishing these two points we then came to the question of what design elements would we use to shoot within our sets. At times this felt overwhelming because it seemed like half the inventory in this warehouse could in one way oe another be “Gothic.” Linnae and I met numerous times and we played with which elements we would use and which would be scratched from the shoot all together.

Truly for us, the key to this shoot was to design from our hearts. This helped us to figure out what we wanted to showcase and what we wanted to cut. At the end of the day I think that this Gothic Shoot will be one of our biggest and best shoots ever. Be sure to check out the 2013 edition of Todays Bride to see what we came up with. You will have this to look forward to:

5 full sets for the cover/editorial shoot.

5 stylized model looks with different hair and make up, accessories and wardrobe.

Also check back next week as we share the storyboard from our Prohibition shoot with Jen Skog.

We believe design begins with a relationship of trust with your wedding planner and event designer. When choosing an event designer or a wedding coordinator, we believe that you should feel listened to, understood, and guided through the process in a way, which helps you achieve a look and feel that is personalized to your style. There should be a connection with the designer’s work, esthetic, and a comfort-ability with the professionalism of the company they represent. Mutual respect between the client and the wedding coordinator or event designer is the foundation to a successfully designed event. We believe it is the client who holds all the secrets to their design – what they like, what excites them, and the message and experience they desire to convey throughout their event.
View all posts by Asiel Design →
This entry was posted in Dark, Gothic, Inspirations, Photo shoots and tagged Asiel Design Gothic, Designer San Francisco, Designer San Jose, Ethereal gothic, Gothic photo shoot, Gothic photo shoots, Gothic Wedding, San Francisco wedding, Victorian gothic, Wedding Designer San Francisco, Wedding designer San Jose, Wedding flowers San Jose, Wedding San Jose. Bookmark the permalink.