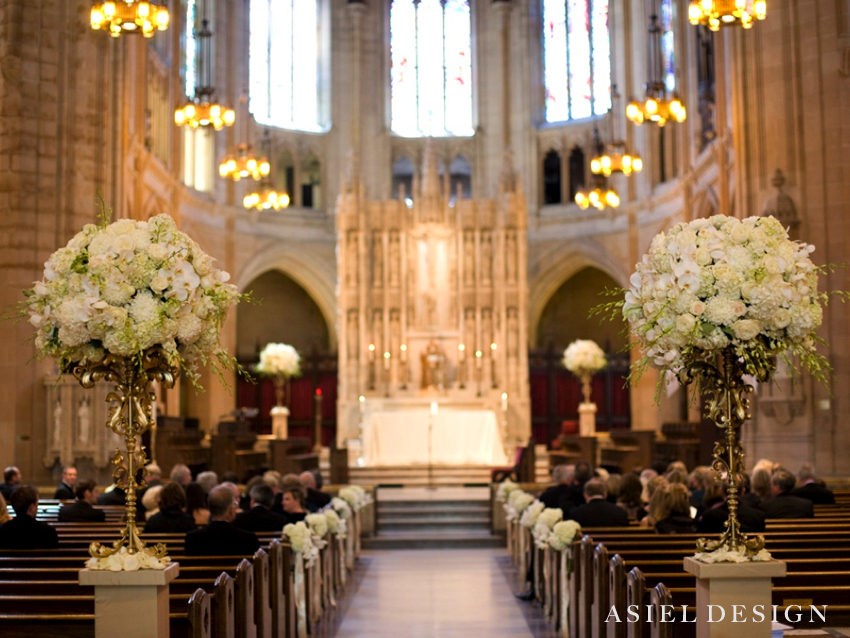 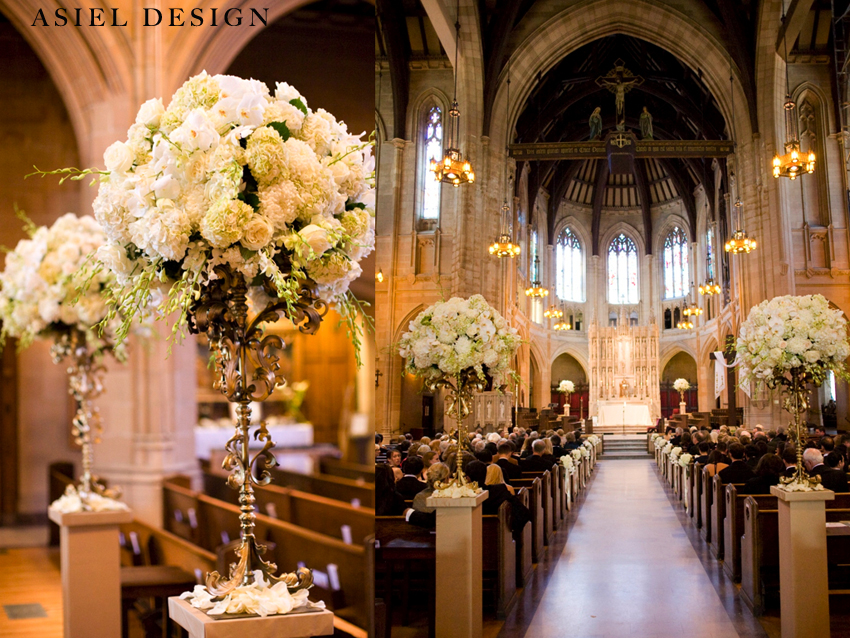 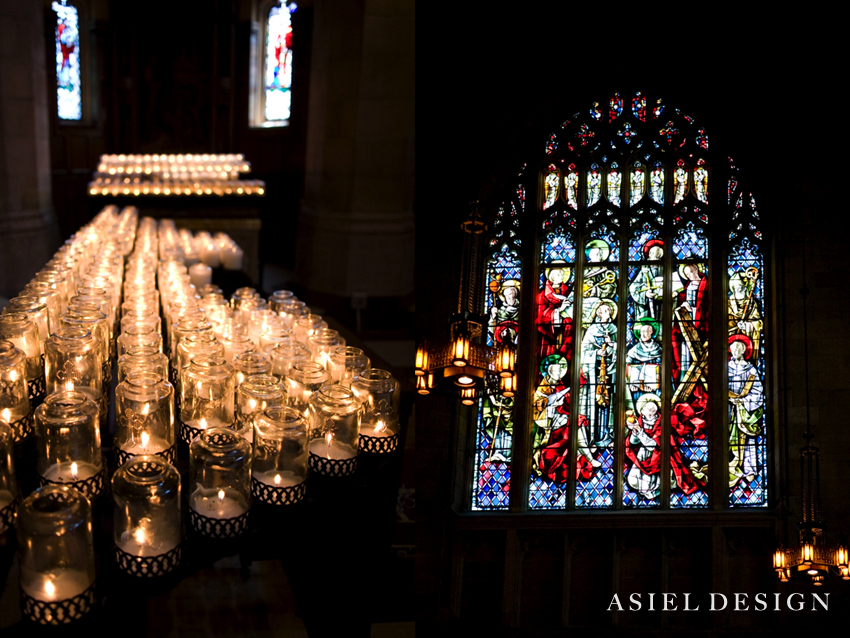 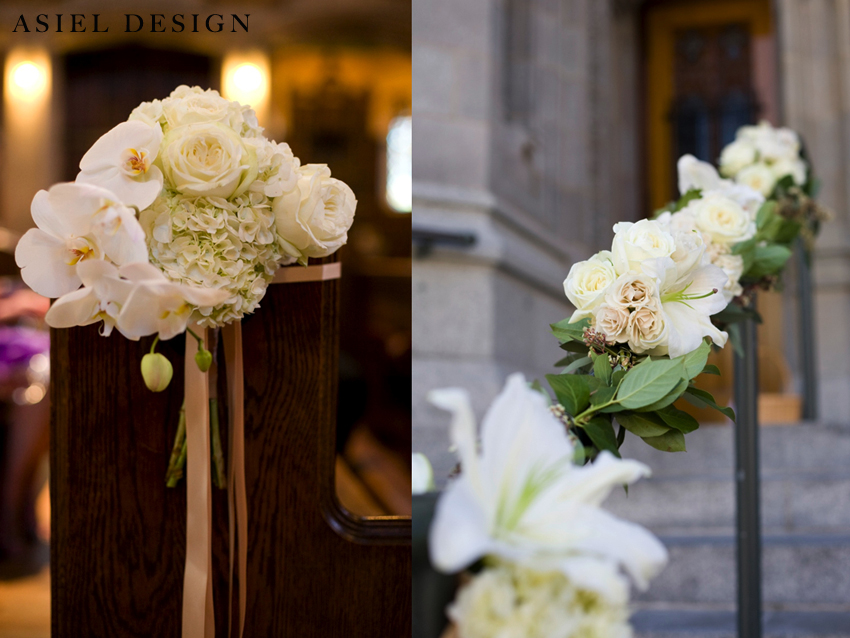 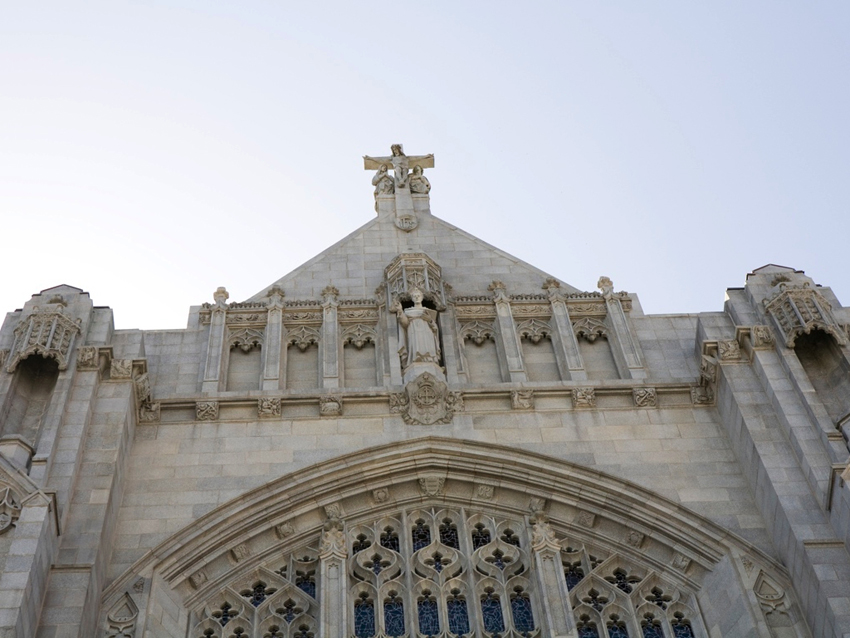 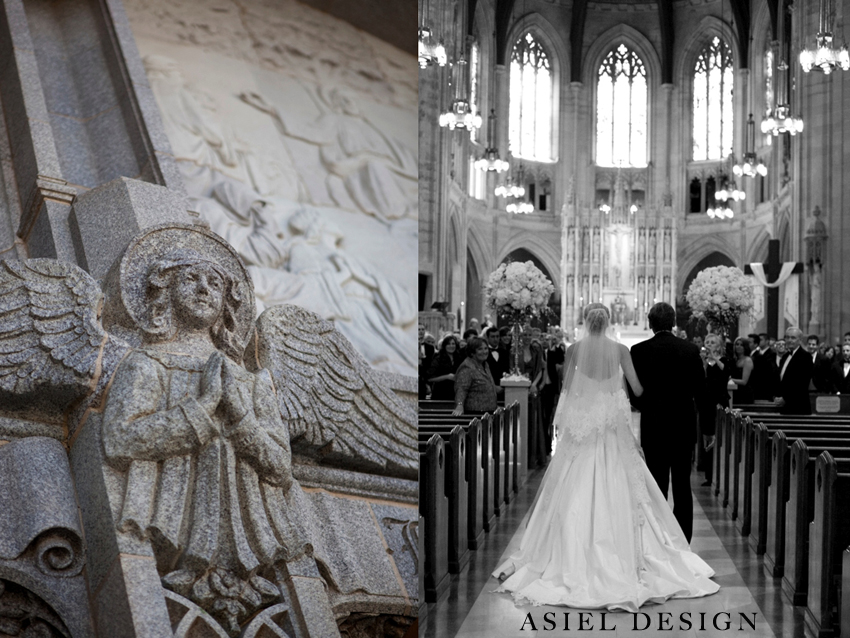 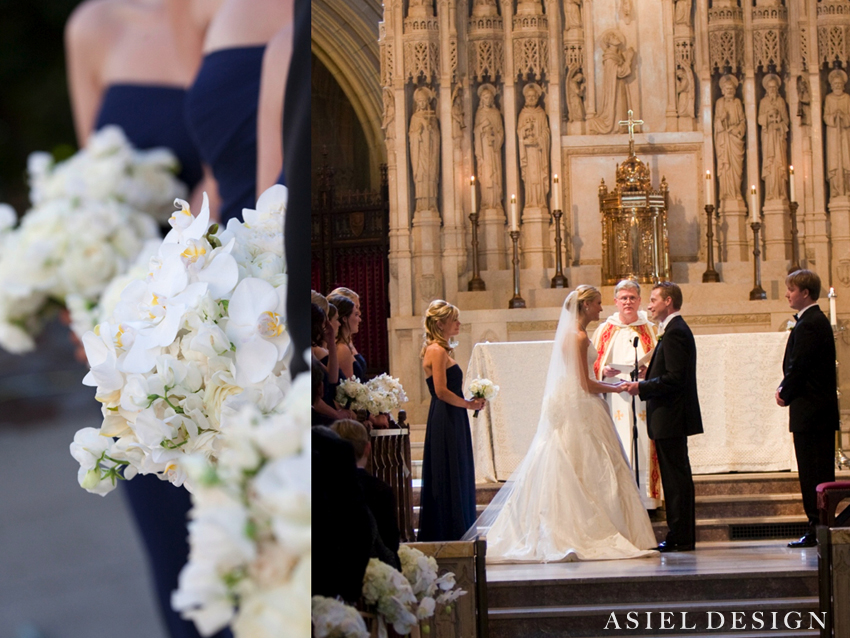 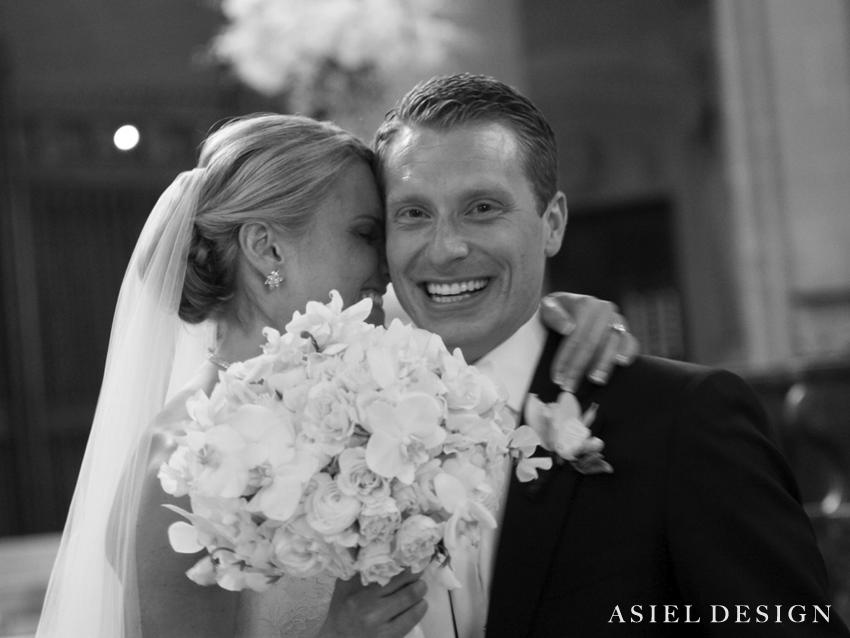 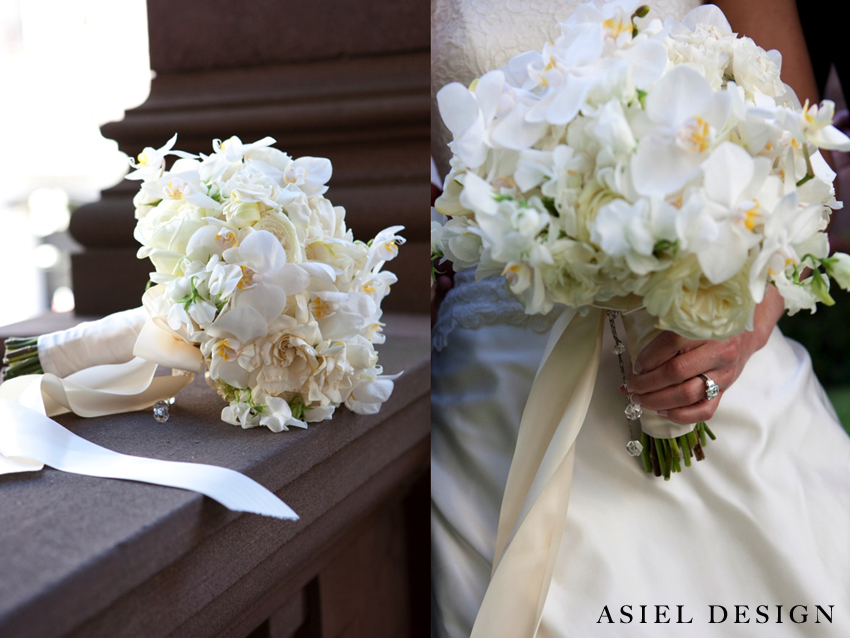 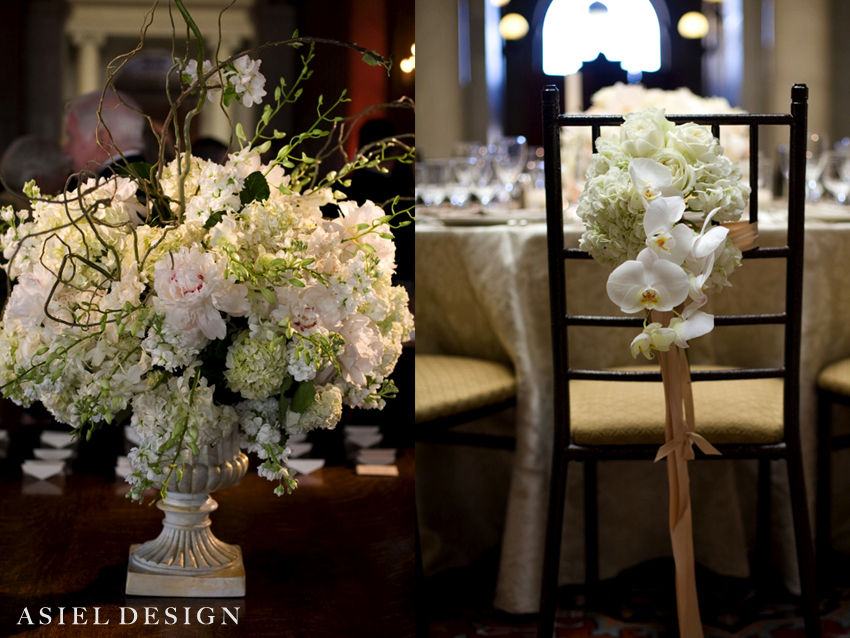 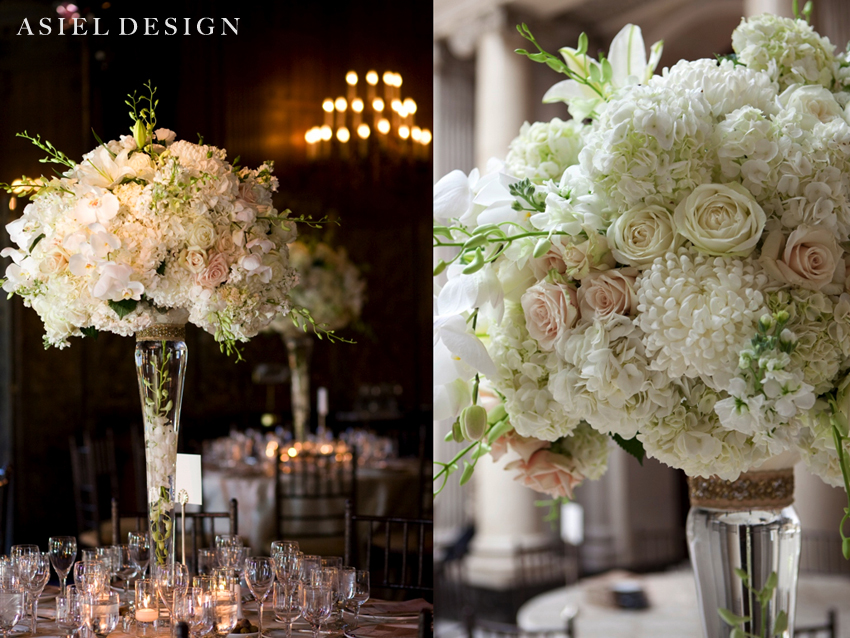 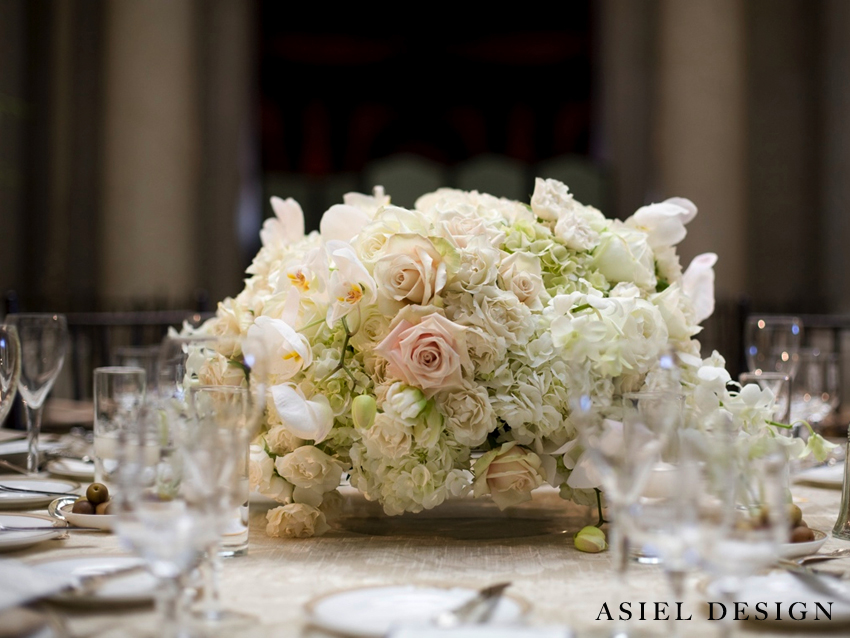 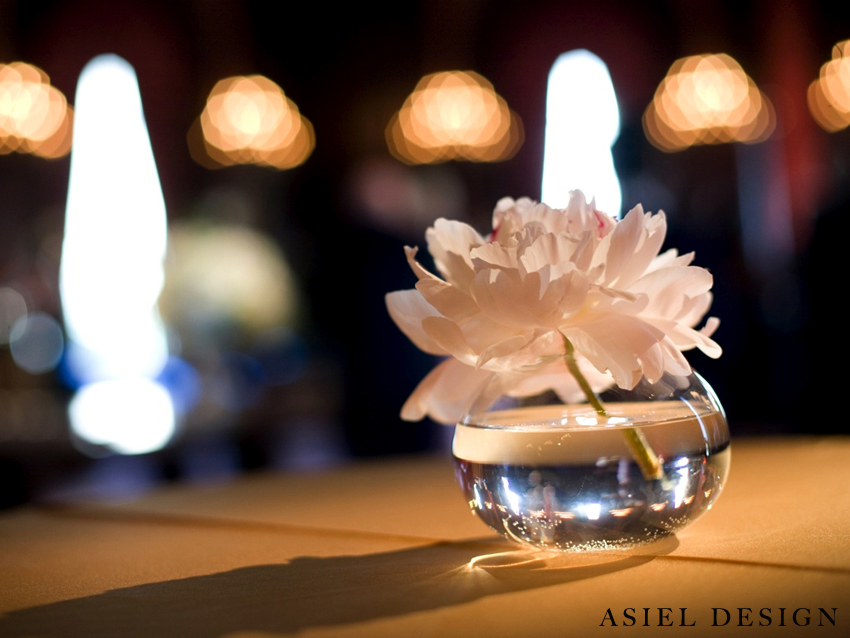 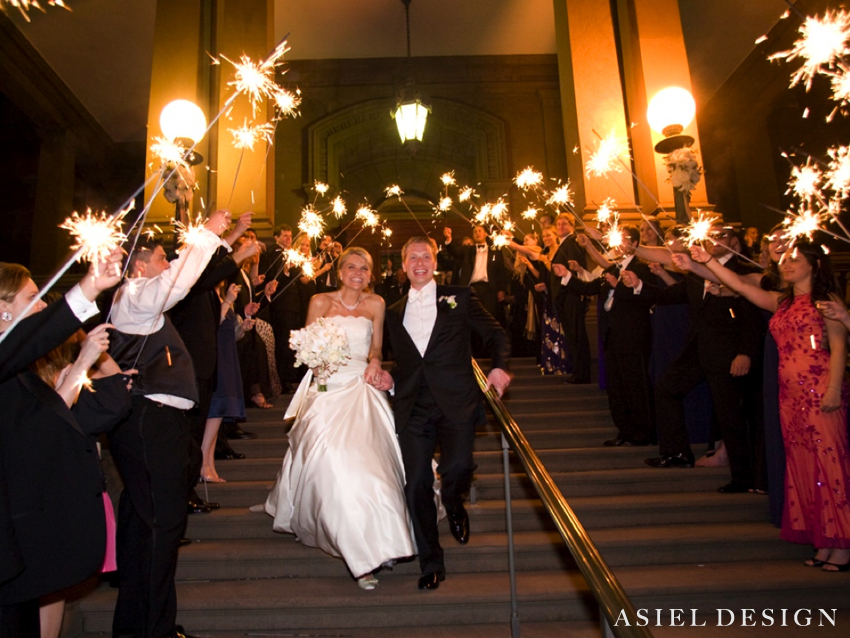 Bernadette and Joe had a classic white wedding in San Francisco. It was classic but it was not boring. It was bold and stately, but it did not lack charm. They came to us looking for a floral designer that would get their vision. They wanted a designer would get their aesthetic but also to understand the essence of the event as they where planning to have their ceremony at one of San Francisco’s most prestigious churches (St Dominic’s) and their reception at one of the city’s most exclusive clubs.

For the ceremony this couple decided that they wanted the base of their isle flanked by our custom wrought iron Lion Stands and oversized floral arrangements. It was a good choice because the Lion stands are very ornate and they echoed the old world features at the church. We also felt that the beginning of isle needed a focal point because the church was so big. I love the architecture of the church and the stain glass widows. The church was so beautiful that we did not need to do much there so we focused most of our efforts towards the reception area.

For the reception tables we designed tall centerpieces that sat on top sleek glass vases. Some of the floral arrangements that were used at the church were moved over to the reception. There was a tweak in the design as we replaced the gold iron Lion stands and instead used clear vases that gave the florals a modern appeal. We also moved the isle décor from the ceremony and used them as chair décor for the head table at the reception. It made sense to be able to reuse the ceremony flowers to dress up the reception a bit.

In the end it was a grand night and the clients where happy. It’s one of those weddings that would only make sense in a city like San Francisco because it had a timeless and elegant feel to it. I also wanted to thank Julie Nunn Martin of I do! Weddings and Events, as she brought us on board to do this event and she did a great job with the event design.

EVENT DESIGN | i do! weddings and events