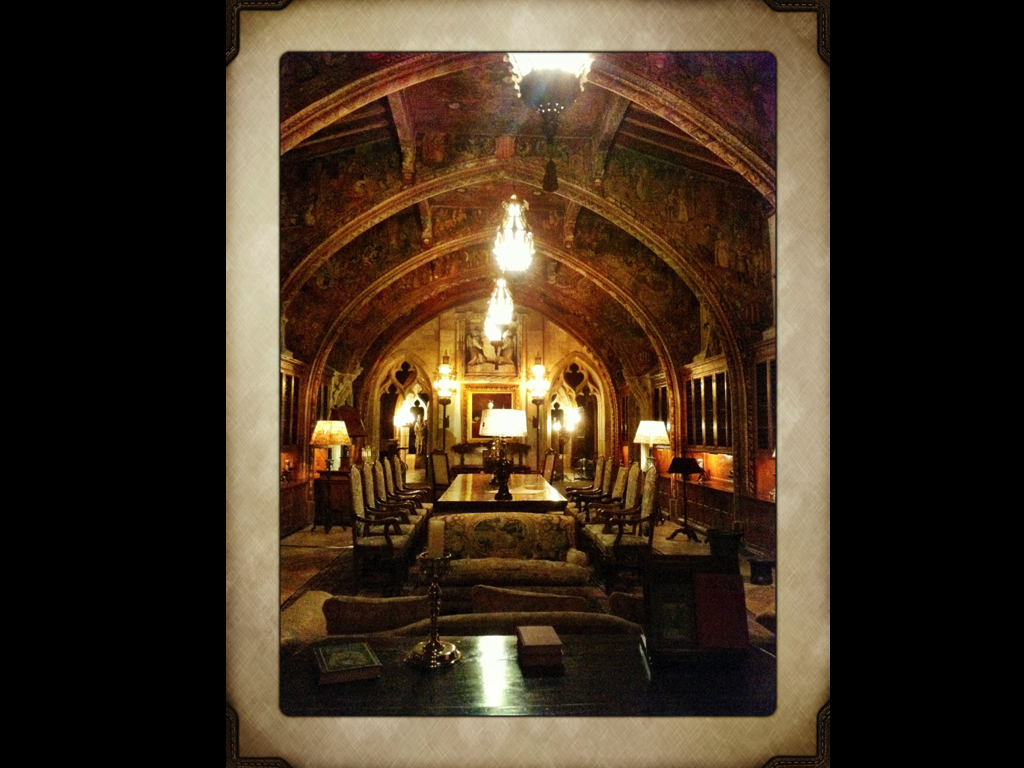 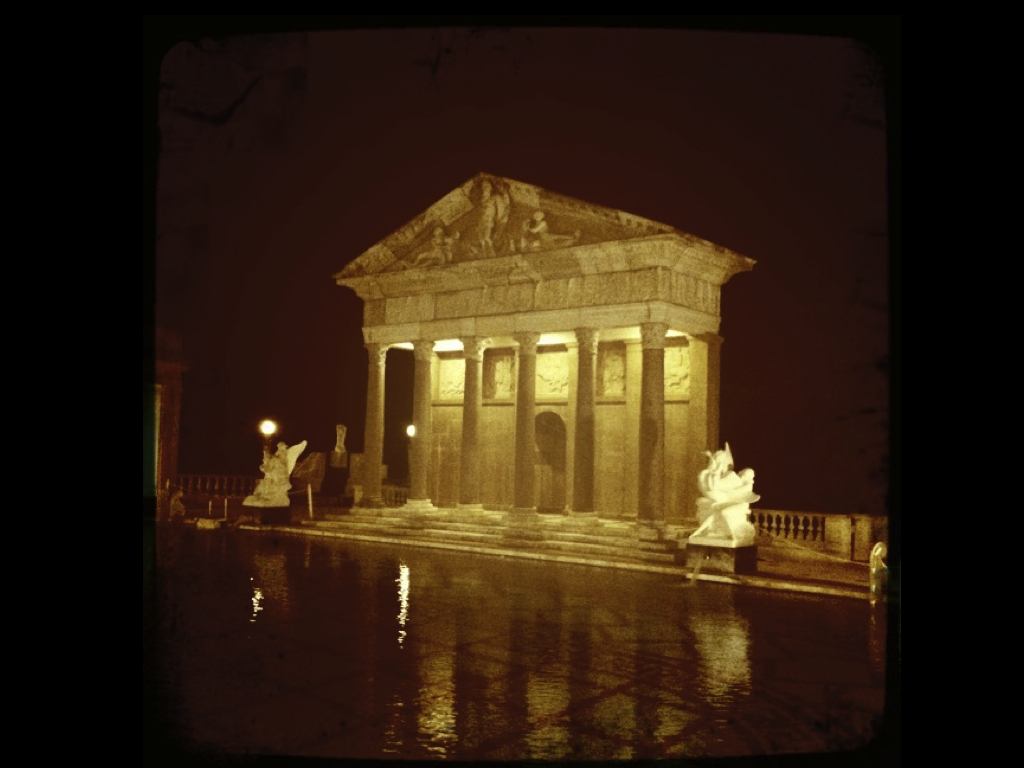 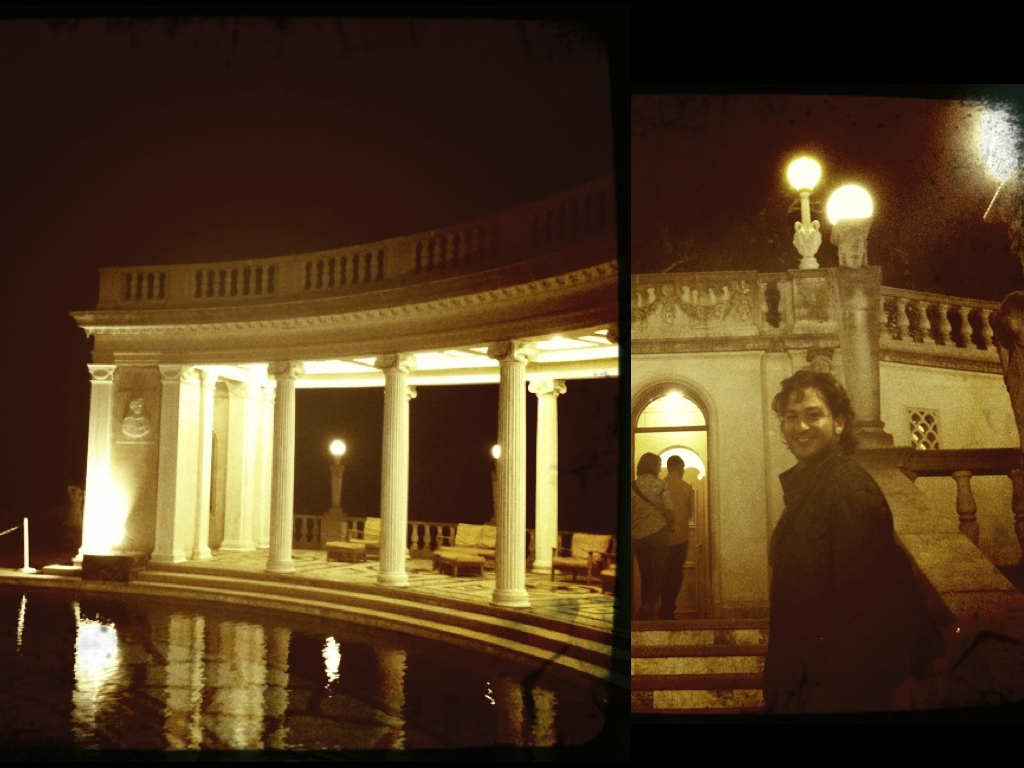 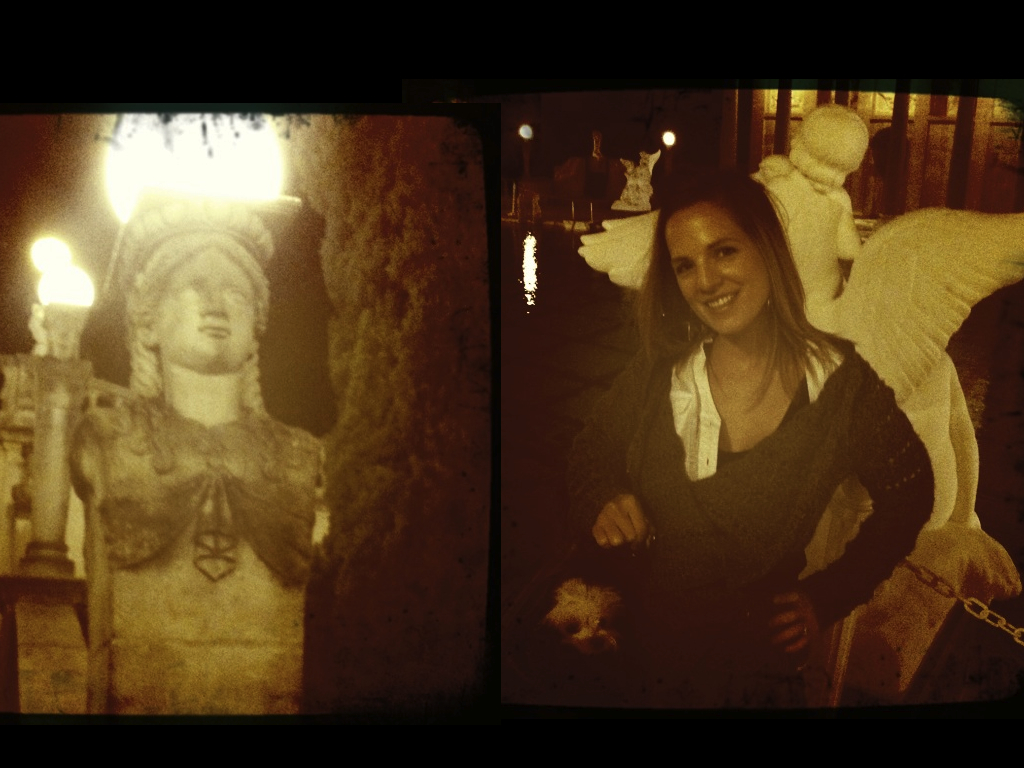 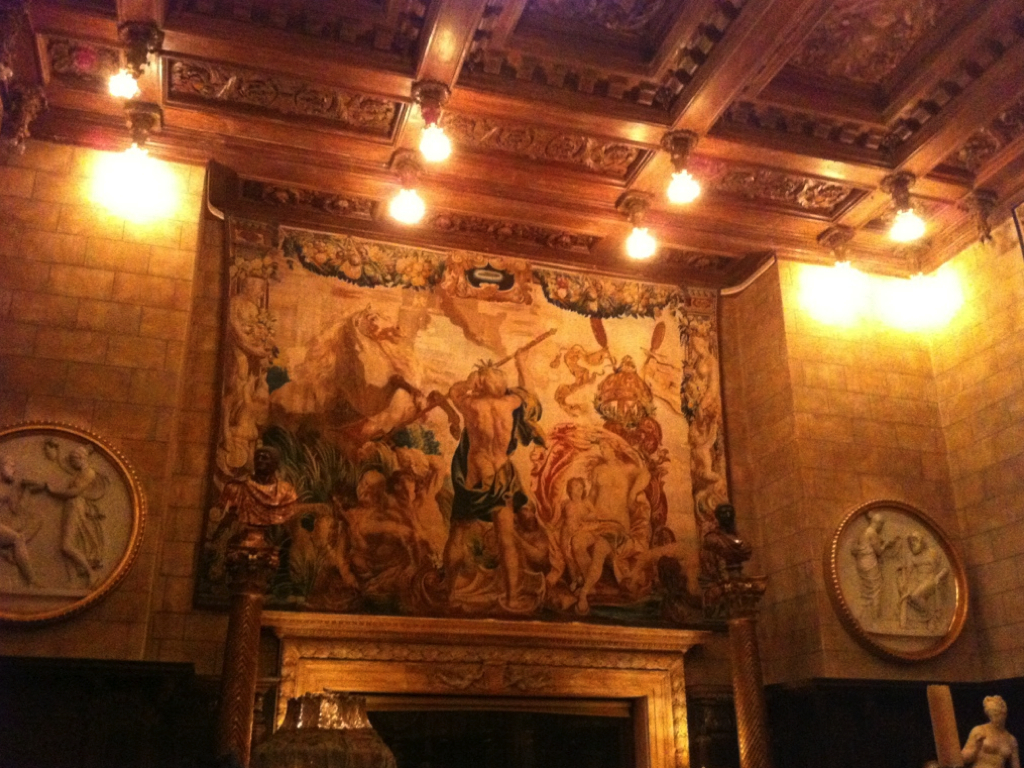 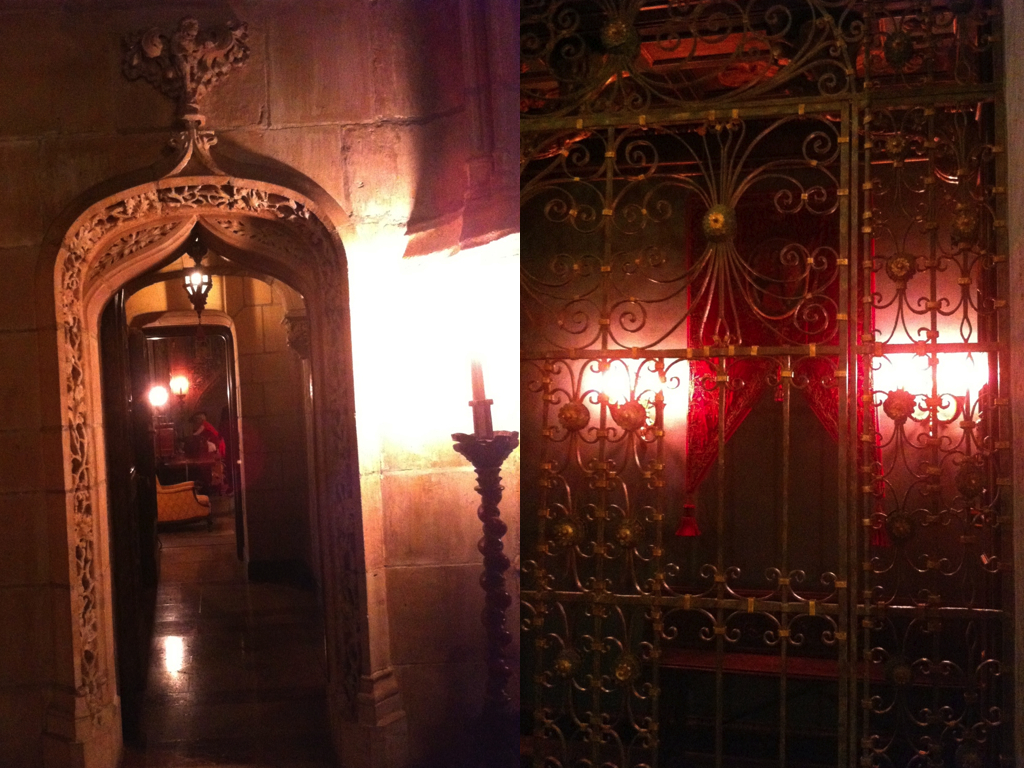 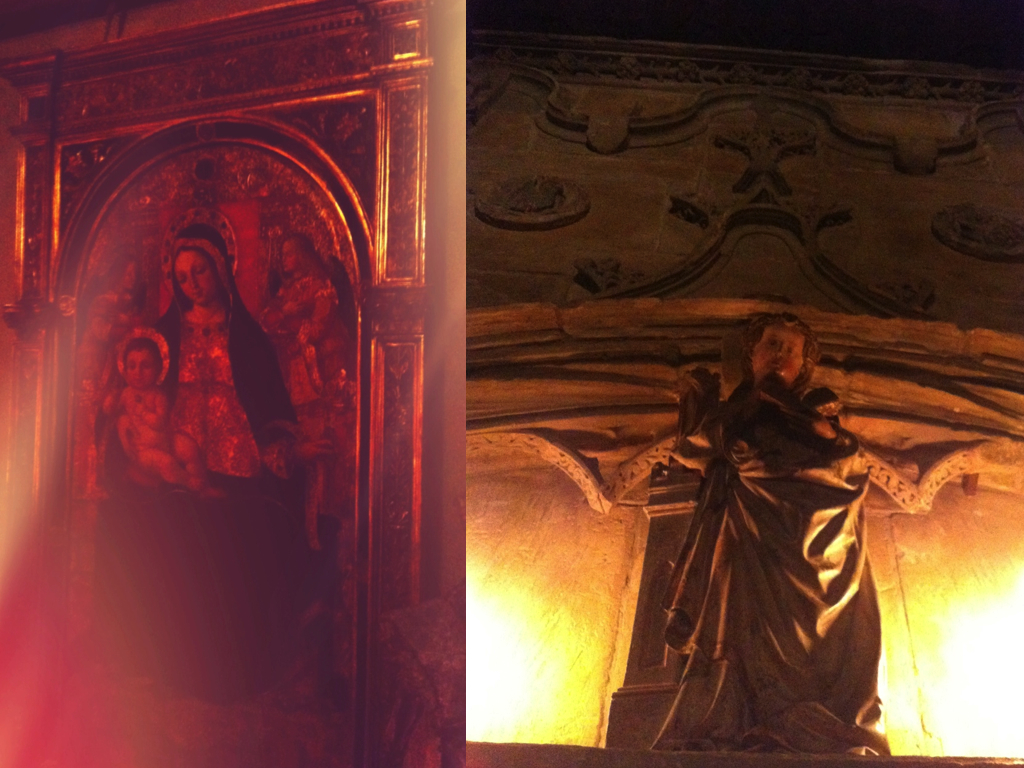 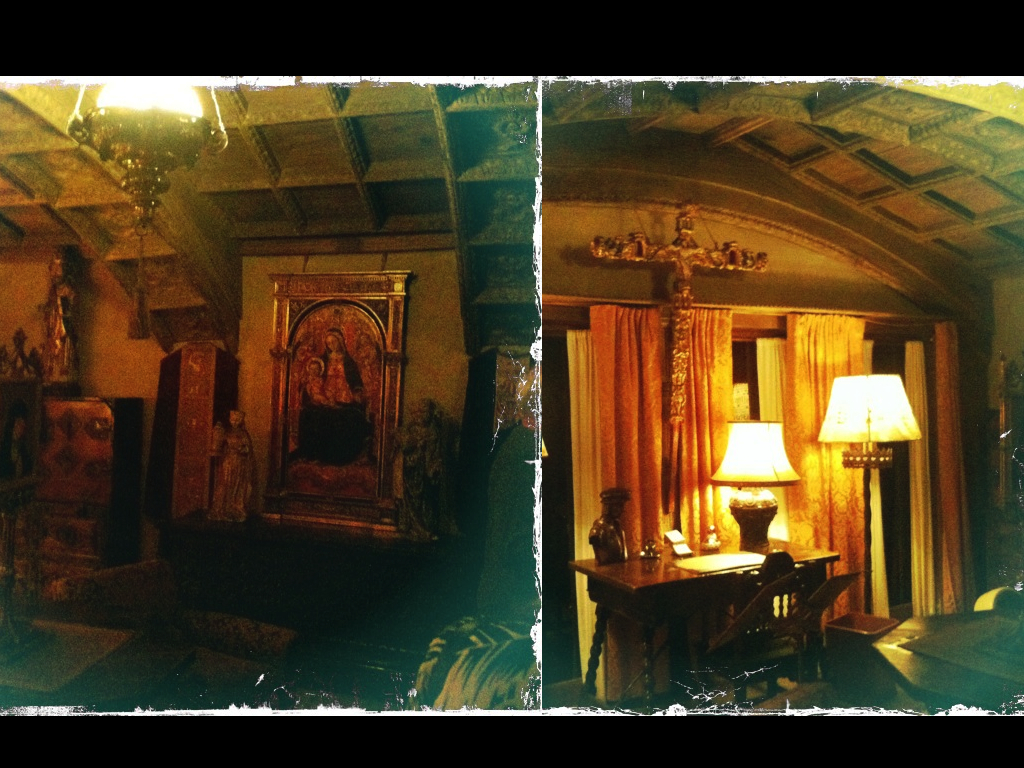 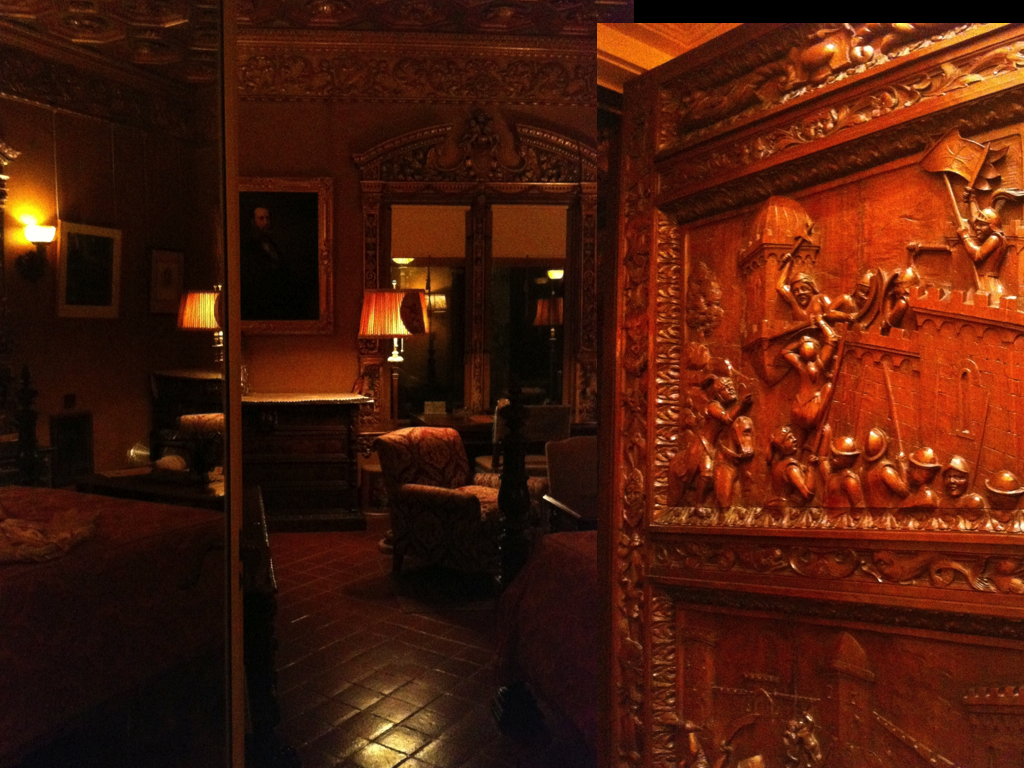 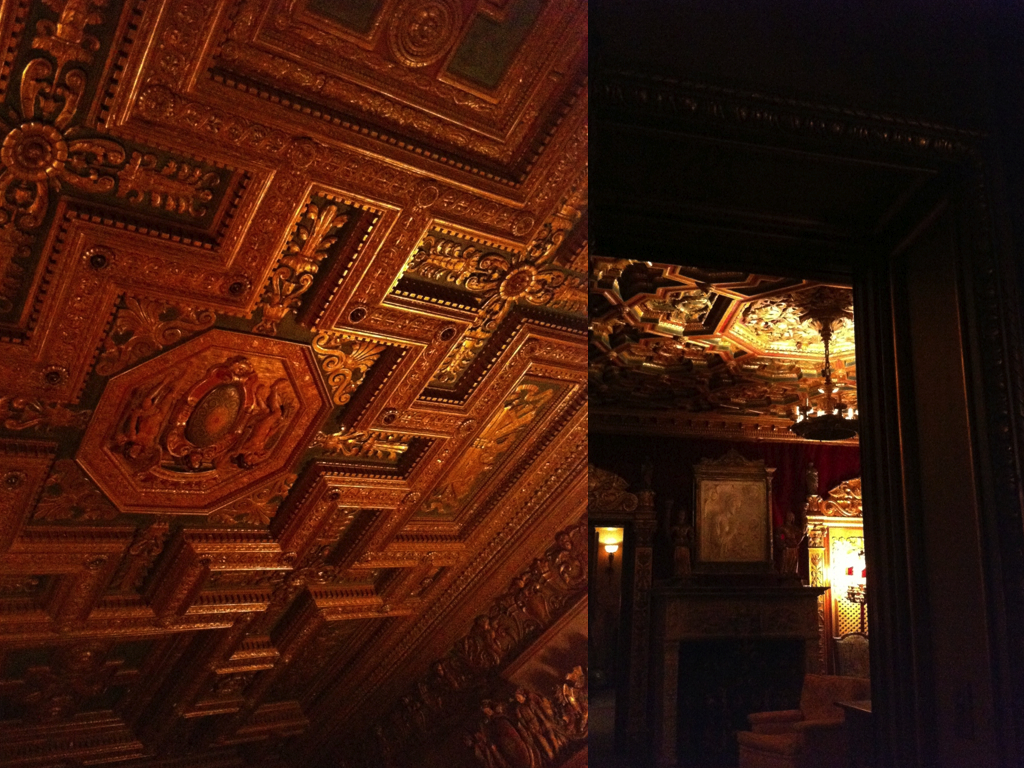 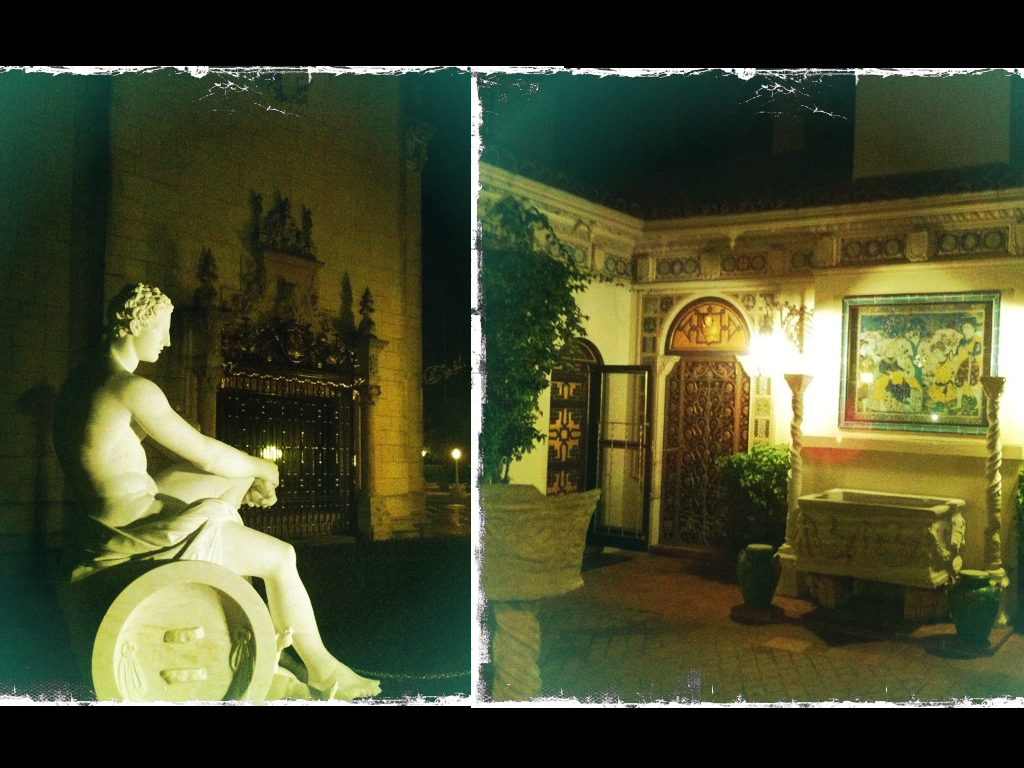 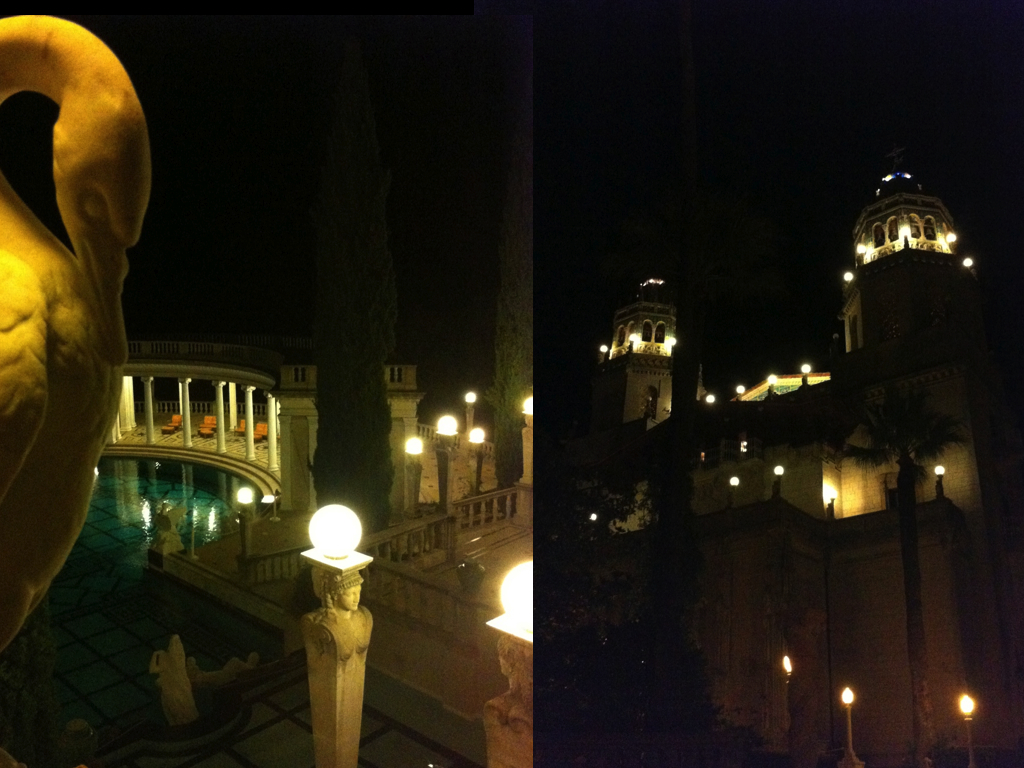 For the longest time people have told me that I have got to check out the Hearst Castle because they said I would love it. A lot of people thought I would really appreciate the gothic architecture and the vast collection of antiques that William Hearst had collected. Not everybody knows this about me but I used to be an antique dealer and love most things that are old. Recently Linnae and I were able to check out the Hearst Castle and we fell in love with it as well.

Construction on the Hearst Castle began in 1919 and continued to 1947. The castle was designed in partnership with the famed architect Julia Morgan and William Randolph Hearst, himself.  Mr. Hearst made a lot of his money from being a newspaper tycoon and he was passionate about building and collecting. The Hearst Castle reminded me a lot of my trip to Italy, which is not surprising being that many of the antiques that were housed at the castle came from Europe. One may wonder if Hearst was a religious person because the Hearst Castle was filled with religious icons and antiques. He was not a particularly religious man; rather he had a love for what was considered the “best” antiques and art. At the time, the best art was considered to be coming out of Europe, particularly the Catholic Church.  Therefore the Hearst Castle in San Simeon, California reflects much of what one might see in old world Europe.

Linnae and I were able to catch an evening tour of the Castle. The Hearst Castle does not always run these nighttime tours and when they do they are booked months in advance. We were able to get a spot from a group that had cancelled. The castle is totally different at night. It feels like you are arriving to a private party hosted by Mr. Hearst. Back in it’s 20’s and 30’s the castle was often hosting Hollywood celebrities and other powerful people  {William Hearst was known for throwing many lavish parties}. The castle was dimly lit with ambient light and the Hearst Foundation had various actors that were dressed in era clothing and interacting with those who are visiting the castle for the first time.

As an event designer,  I often wonder what it would be like attending one of William Hearst’s parties. The idea of a ball or an enchanted evening at a castle like this thrills me. It’s actually a dream of mine, to be able to throw or host a party at a castle like the Hearst Castle. I am in love with the idea of parties that are more than just décor, music and food. Linnae and I are fortunate because in our profession we do get to throw parties and help others do the same. Our passion is to create events that make people feel like they are in another world, and maybe another time. Our goal is to create a time in which our guests are able to forget about their problems and relax enough to have fun… you know the way that we were able to when we were kids. That’s something that we are excited about and the Hearst Castle embodies that magic. The Castle feels like it’s from another place and time.

I strongly recommend that you visit it if you haven’t yet.  Also check back next week as I share pictures from our daytime tour.

We believe design begins with a relationship of trust with your wedding planner and event designer. When choosing an event designer or a wedding coordinator, we believe that you should feel listened to, understood, and guided through the process in a way, which helps you achieve a look and feel that is personalized to your style. There should be a connection with the designer’s work, esthetic, and a comfort-ability with the professionalism of the company they represent. Mutual respect between the client and the wedding coordinator or event designer is the foundation to a successfully designed event. We believe it is the client who holds all the secrets to their design – what they like, what excites them, and the message and experience they desire to convey throughout their event.
View all posts by Asiel Design →
This entry was posted in Inspirations, Travel and tagged adventure, california, hearst castle, Inspiration, julia morgan, religion, socal, travel, william randolph hearst. Bookmark the permalink.