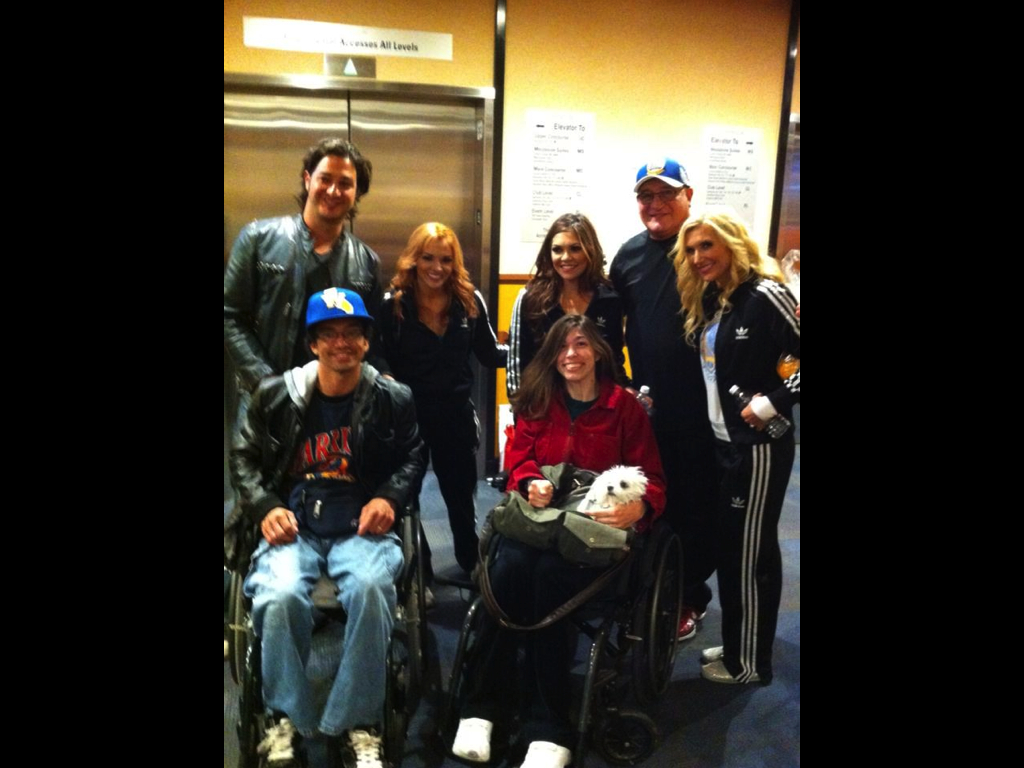 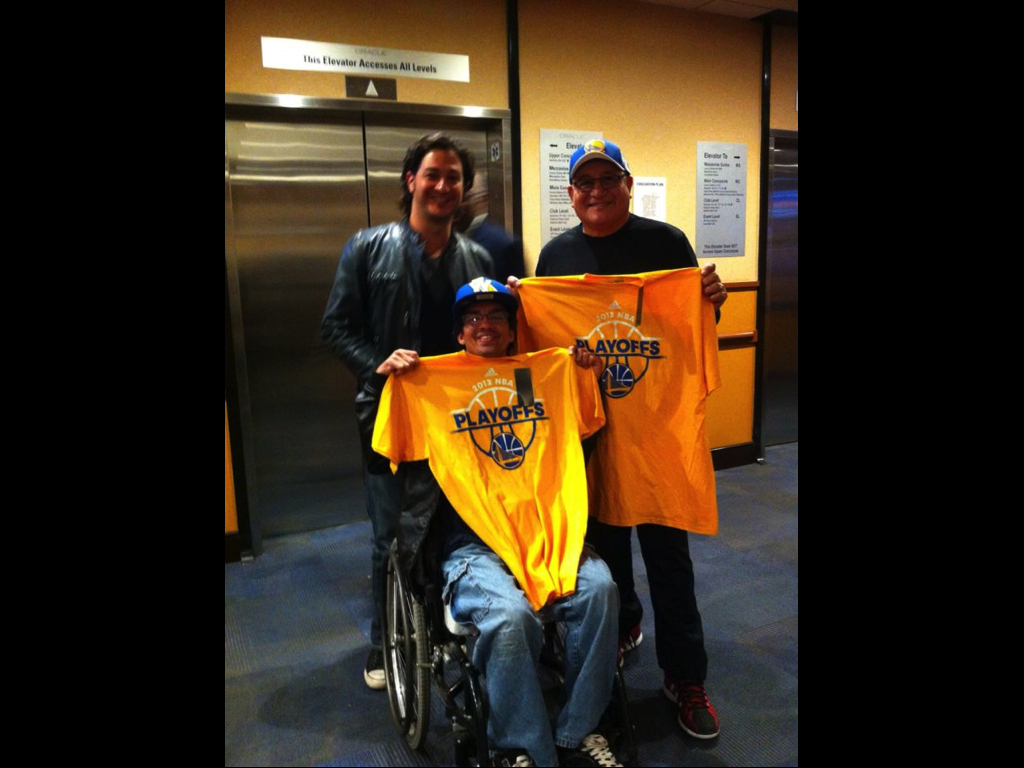 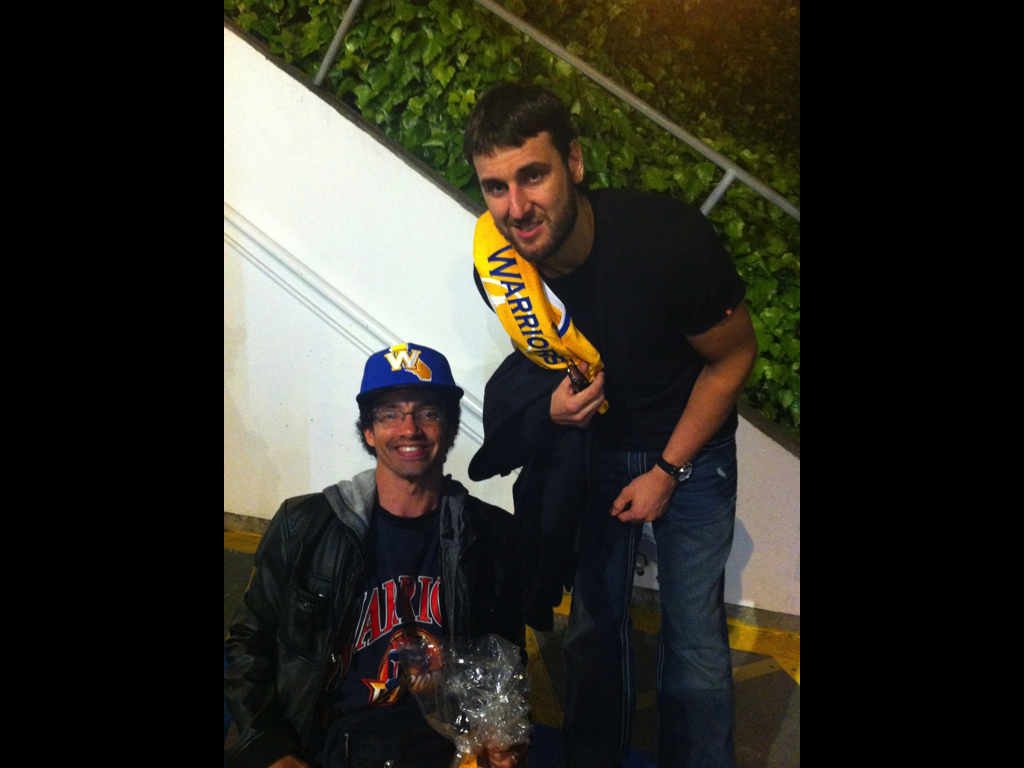 Today’s blog is more on a personal note and less about design or art (which are the usual themes of the blogs I write) so thank you for taking the time to read about people who have touched Linnae and I in a beautiful way.

We met Curtis and Nicole over a year ago. We met them through planning their wedding in which we helped with the floral design. It’s crazy to think how time flies by because this May they will be celebrating their 1-year anniversary. You can check out their wedding here.

Curtis and Nicole, along with Nicole’s mother Cheryl, have become very dear friends to my dad, Linnae and myself this past year. They have become like family and we see each other throughout the year. Recently we had the opportunity to get together for dinner before a Warriors game and then go to the game together. I thought it was just another time to hang out with friends and family but later that night as I thought about a few things that had happened and conversations that we had, I realized that there were some lessons learned.

Curtis suffers from encephalitis and a seizure disorder and Nicole has cerebral palsy. Both are in wheel chairs and have difficulty moving around. After dinner on the way to the game I was talking to Curtis. He was super excited about the game and asked if he might be able to get an autograph from his favorite player Andrew Bogut. I said I did not know and thought it was doubtful.

Curtis also mentioned that he had a friend who said that whenever he is sad that he just thinks about Curtis and how bad he (Curtis) has it, and it makes him feel better. At the time the statement troubled me and I asked Curtis how he felt about that. He smiled and said that he was happy to encourage his friend. I still did not get it. I asked myself if this was about pity or something? True, I thought to myself, there is always someone worse off then you. But wasn’t it kind of strange that a person would feel better about their circumstances based off another person’s circumstances? And even worse that Curtis was okay with that.

It wasn’t until later that it clicked. Curtis was happy, not because he did not understand what was happening. He was happy because he chose to be positive about how he looked at the situation. Instead of looking at what he did not have he chose to look had what he had. In this case he saw the opportunity to help his friend.

I guess I had gone into that night a bit stressed and tired. I was worried about this or that. It wasn’t until I was around Nicole and Curtis for a while that I too forgot about my problems and began to laugh and appreciate life and family. Over the course of the night I saw Curtis and Nicole laugh and have the time of their lives. It seemed as if the more I saw them having fun, the more my problems became smaller.

We did get to the game and the Warriors won. On the way out an amazing thing happened. We were exciting through the VIP lower level where there were handicap accessible ramps. This is also the area were the players also exit the stadium. I saw a player exiting way ahead of us. It was Andrew Bogut! I wouldn’t have known who he was if Curtis hadn’t pointed to a picture of him (his favorite player) on the wall just moments earlier. I yelled out for Andrew and explained that he is Curtis’ favorite player. They then took a picture together. Curtis was floored…we all were floored that this wish came true for Curtis….and that this night happened.

We believe design begins with a relationship of trust with your wedding planner and event designer. When choosing an event designer or a wedding coordinator, we believe that you should feel listened to, understood, and guided through the process in a way, which helps you achieve a look and feel that is personalized to your style. There should be a connection with the designer’s work, esthetic, and a comfort-ability with the professionalism of the company they represent. Mutual respect between the client and the wedding coordinator or event designer is the foundation to a successfully designed event. We believe it is the client who holds all the secrets to their design – what they like, what excites them, and the message and experience they desire to convey throughout their event.
View all posts by Asiel Design →
This entry was posted in Personal. Bookmark the permalink.