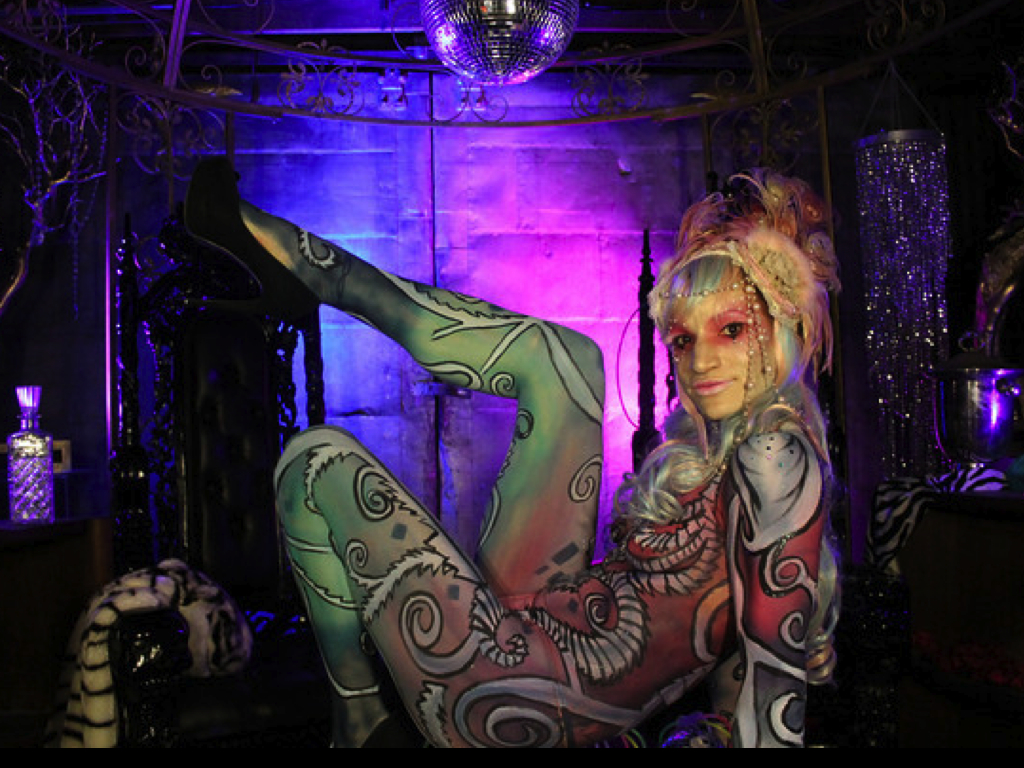 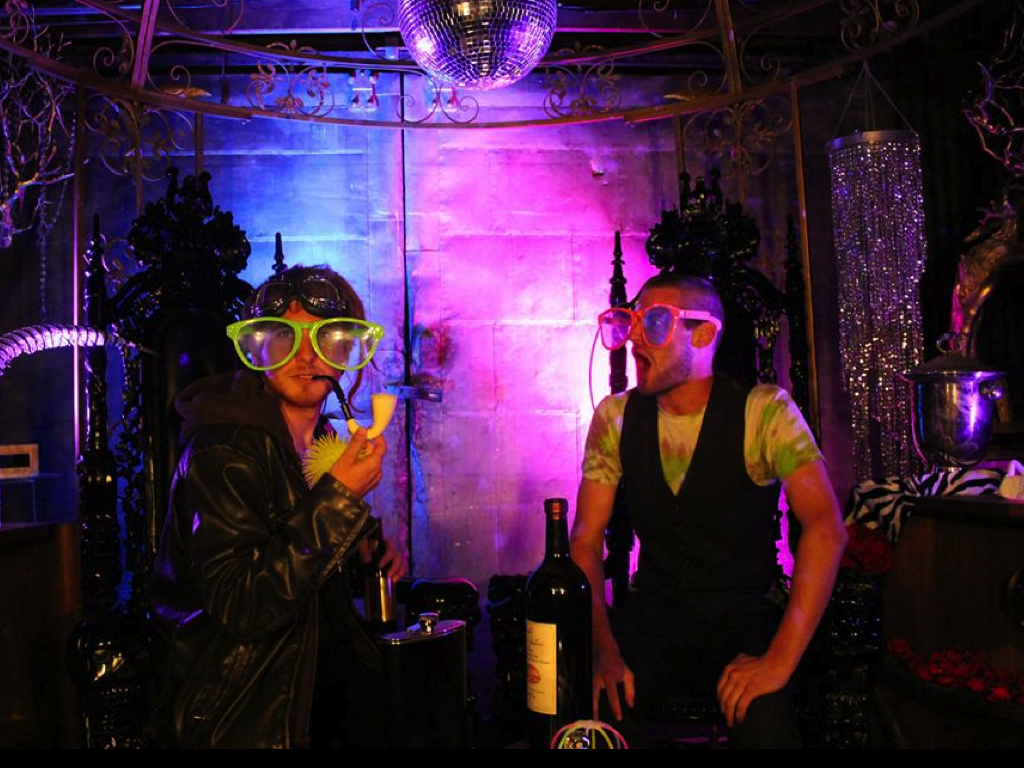 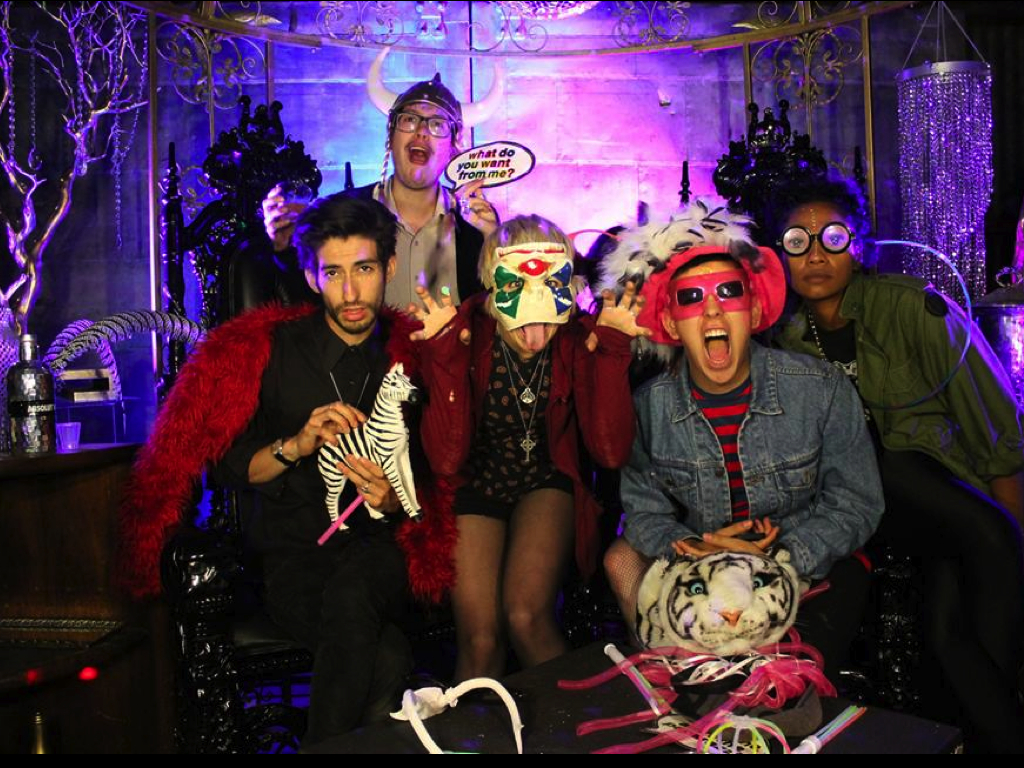 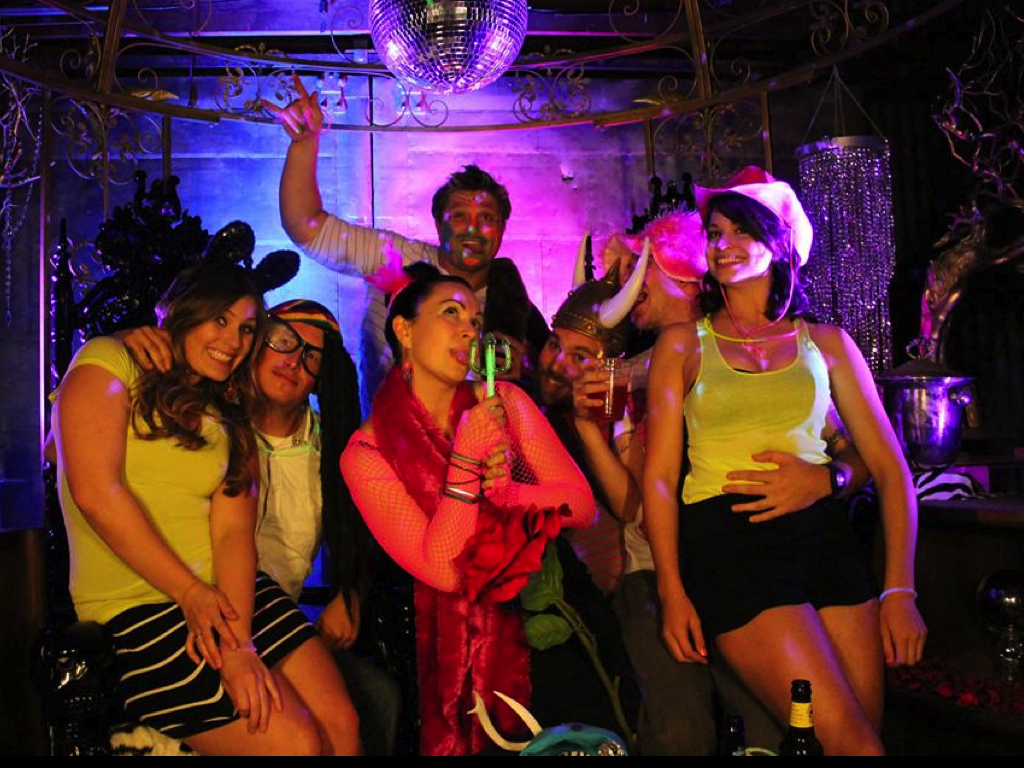 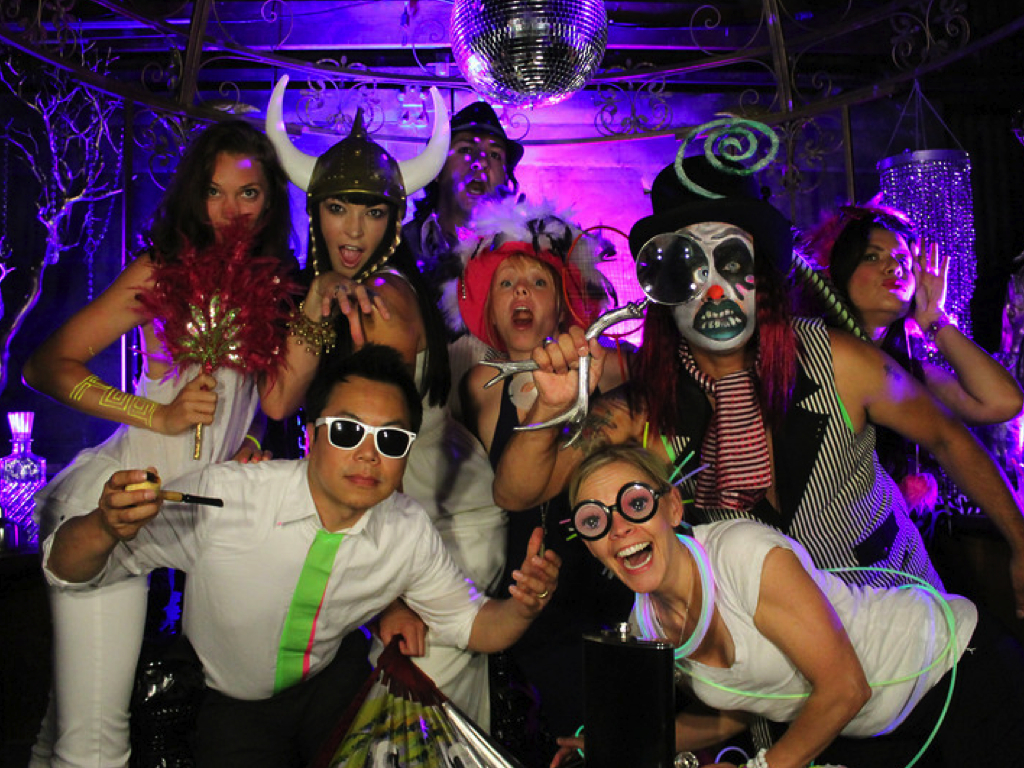 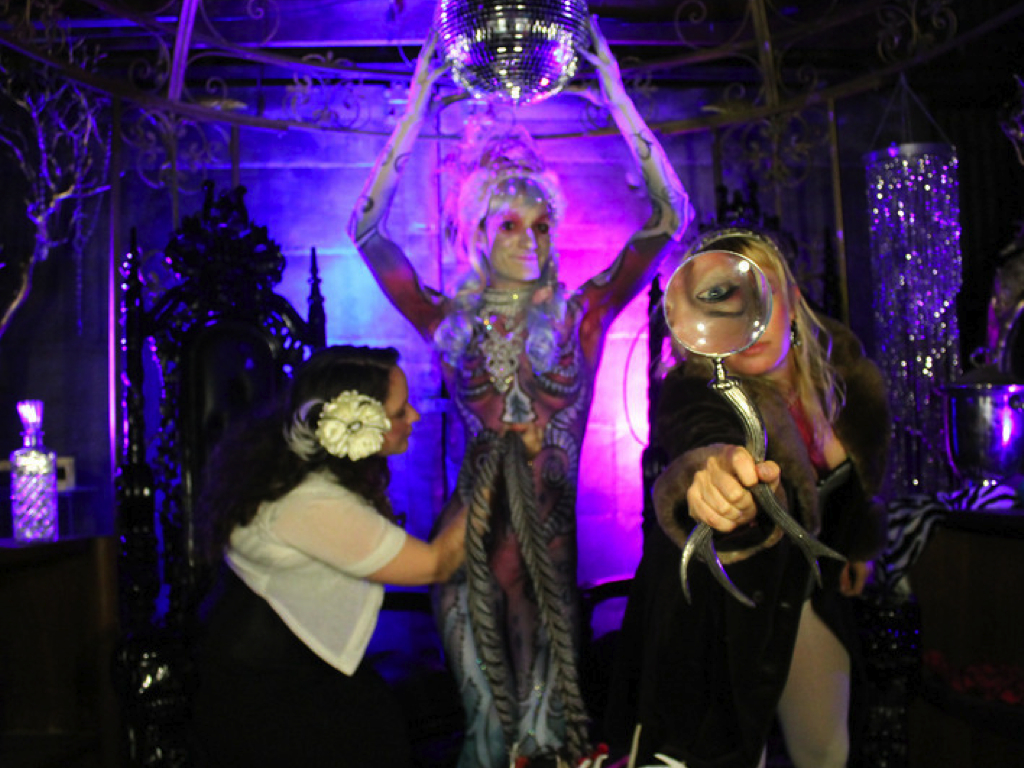 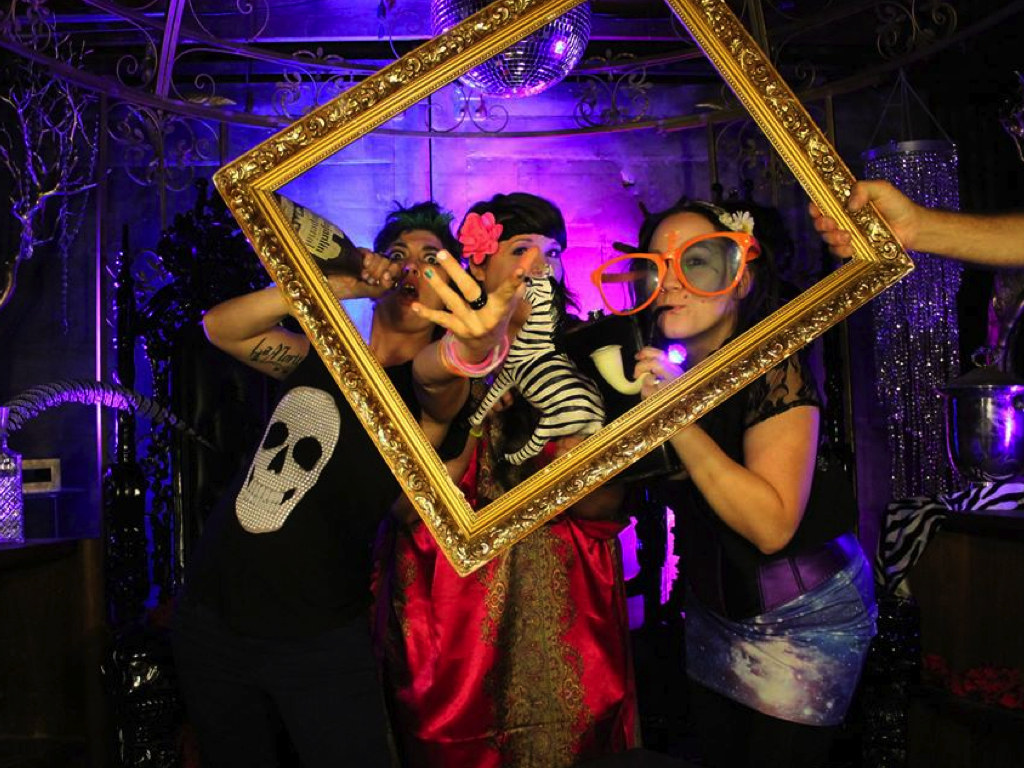 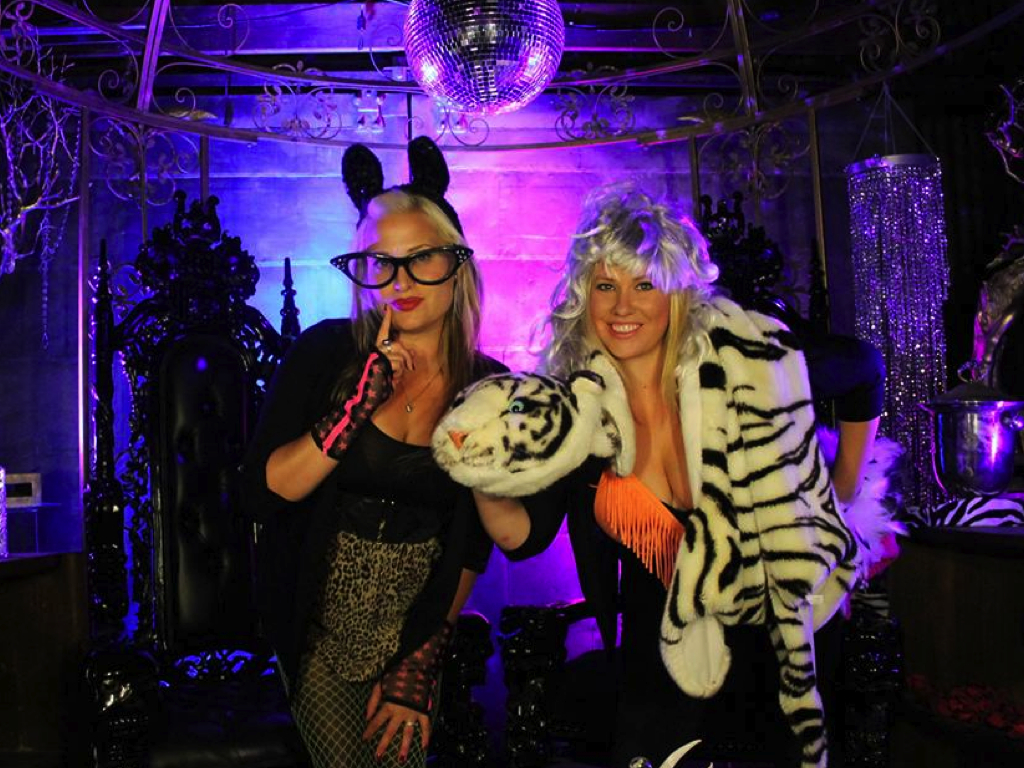 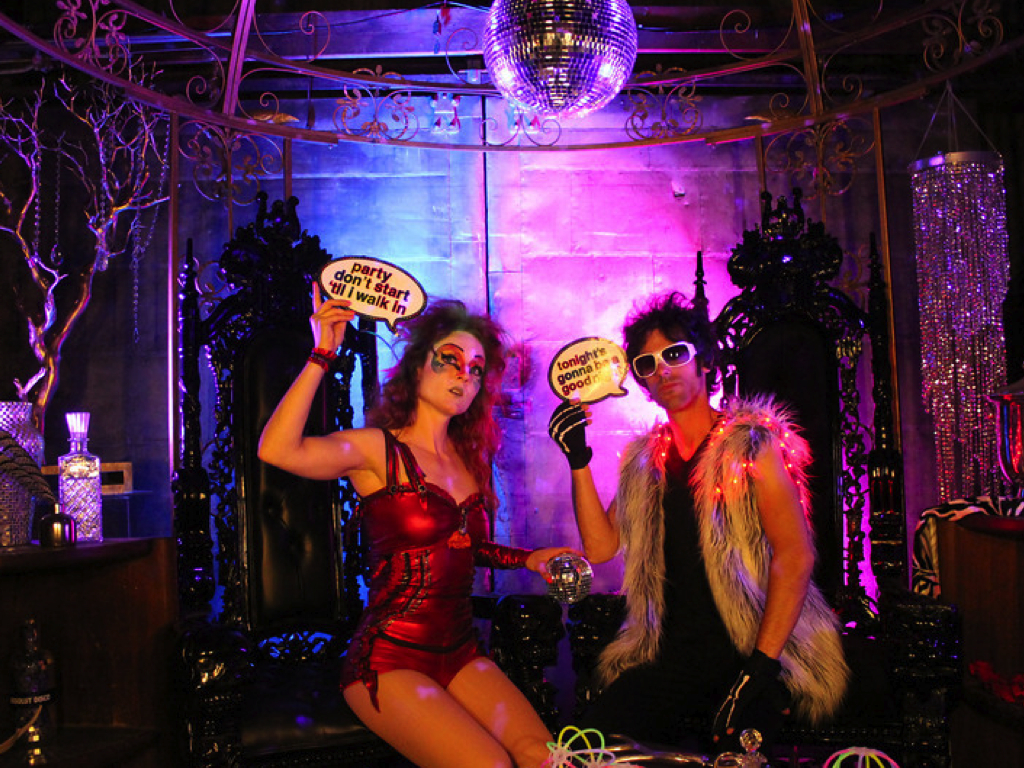 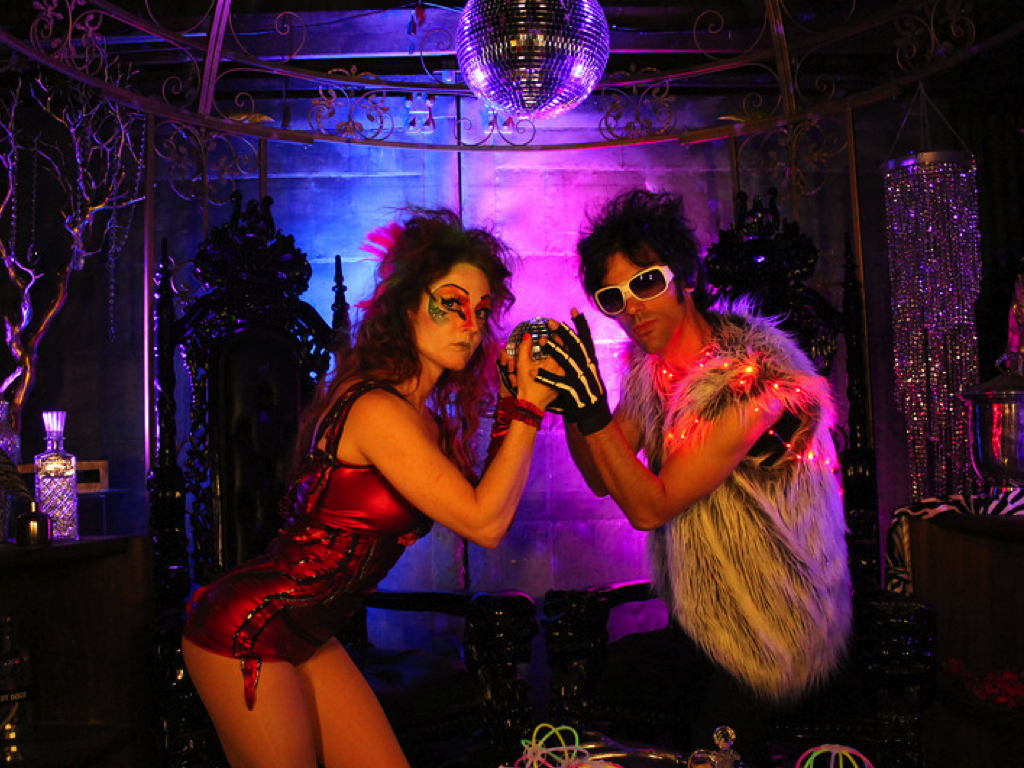 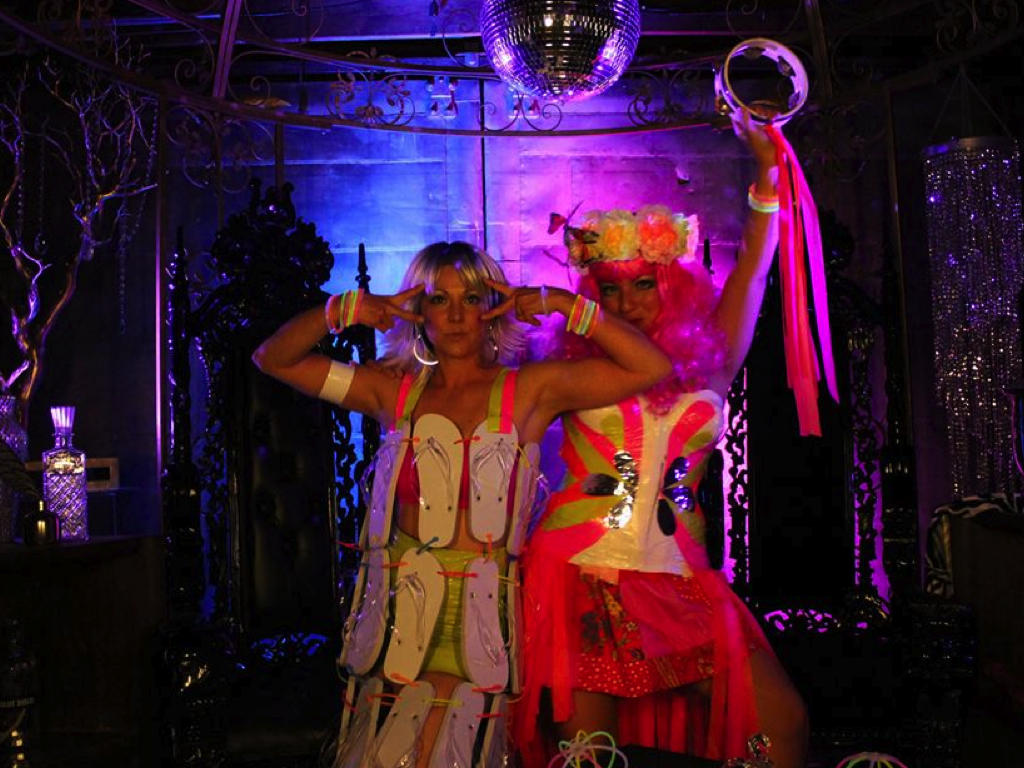 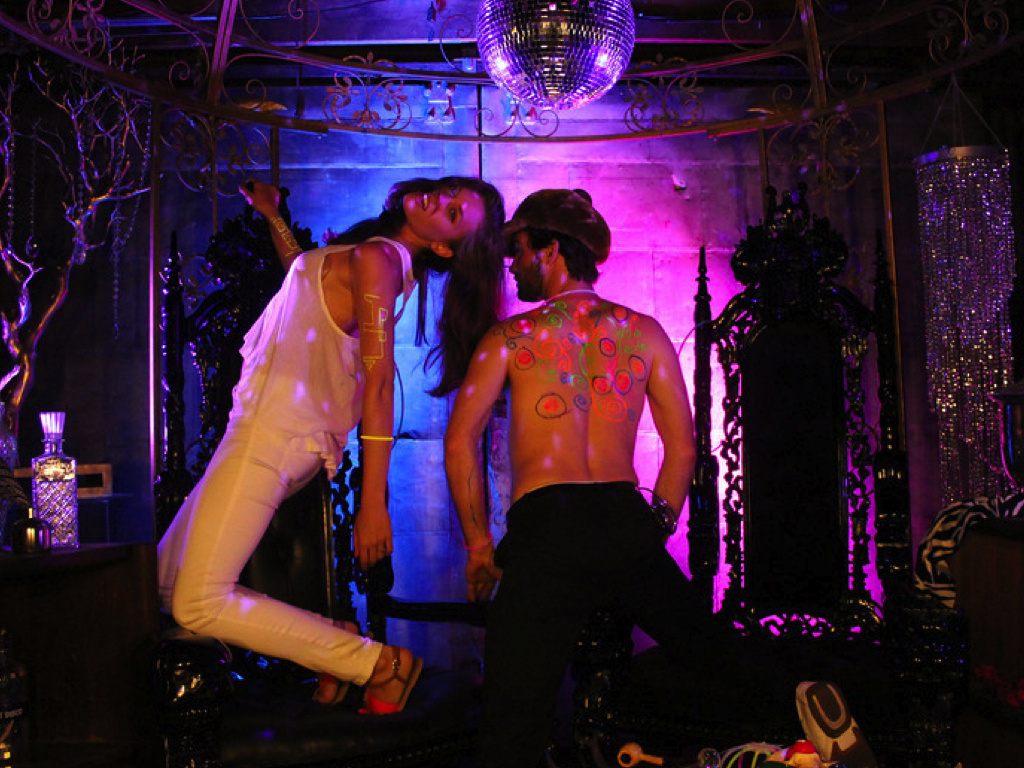 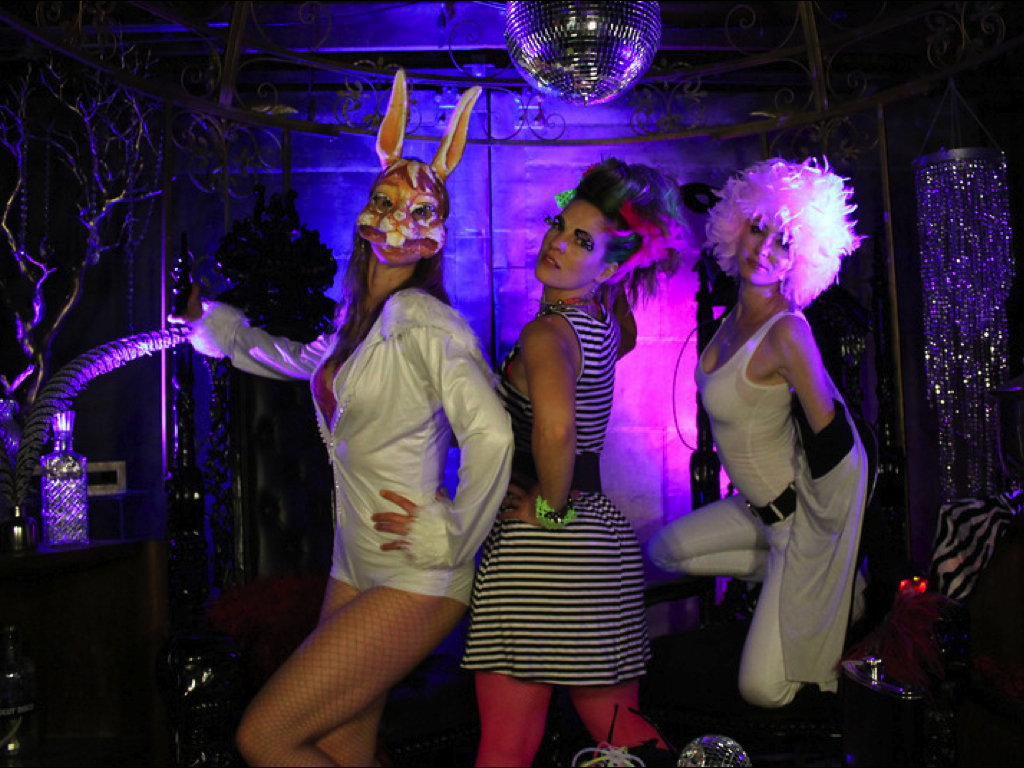 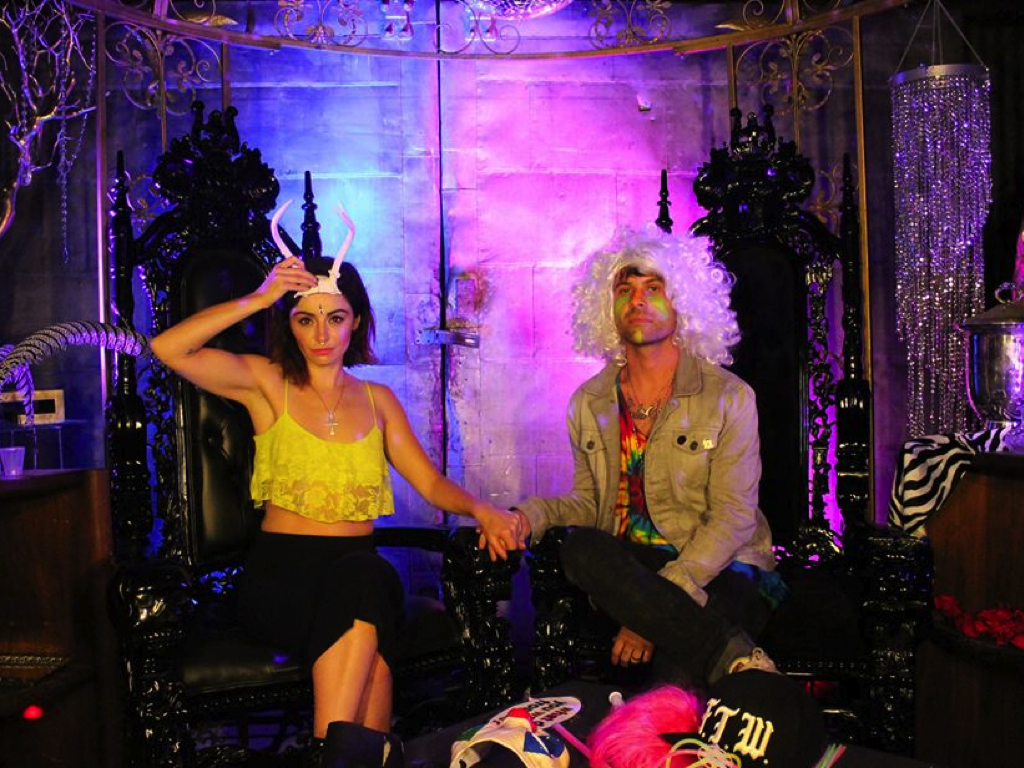 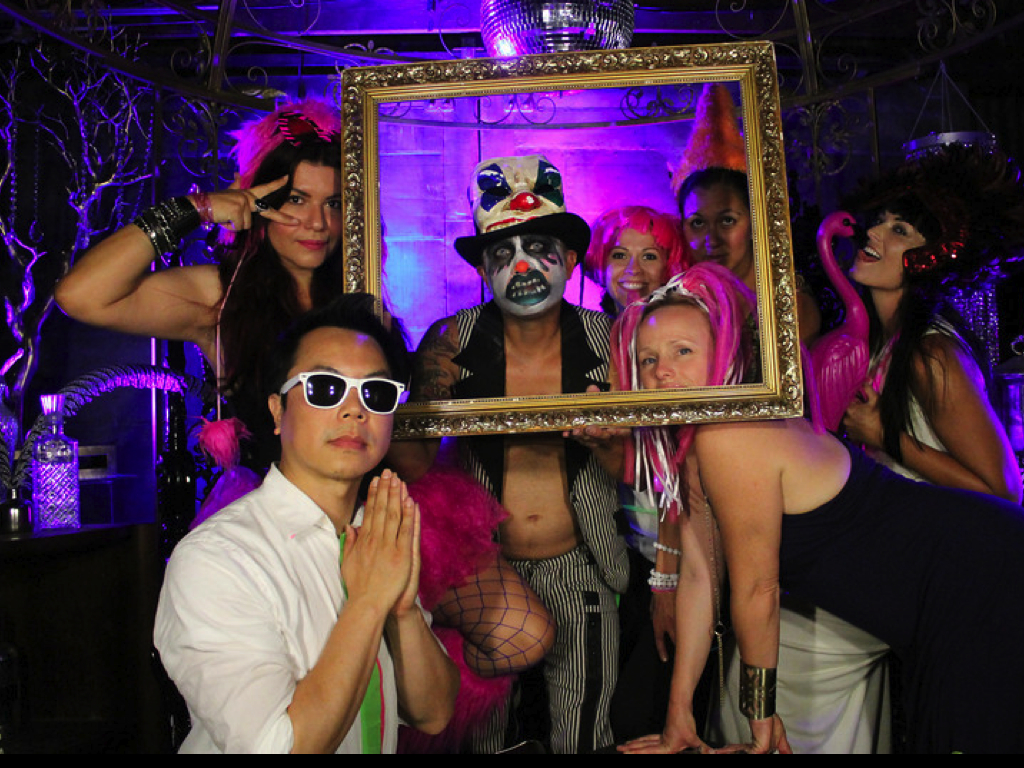 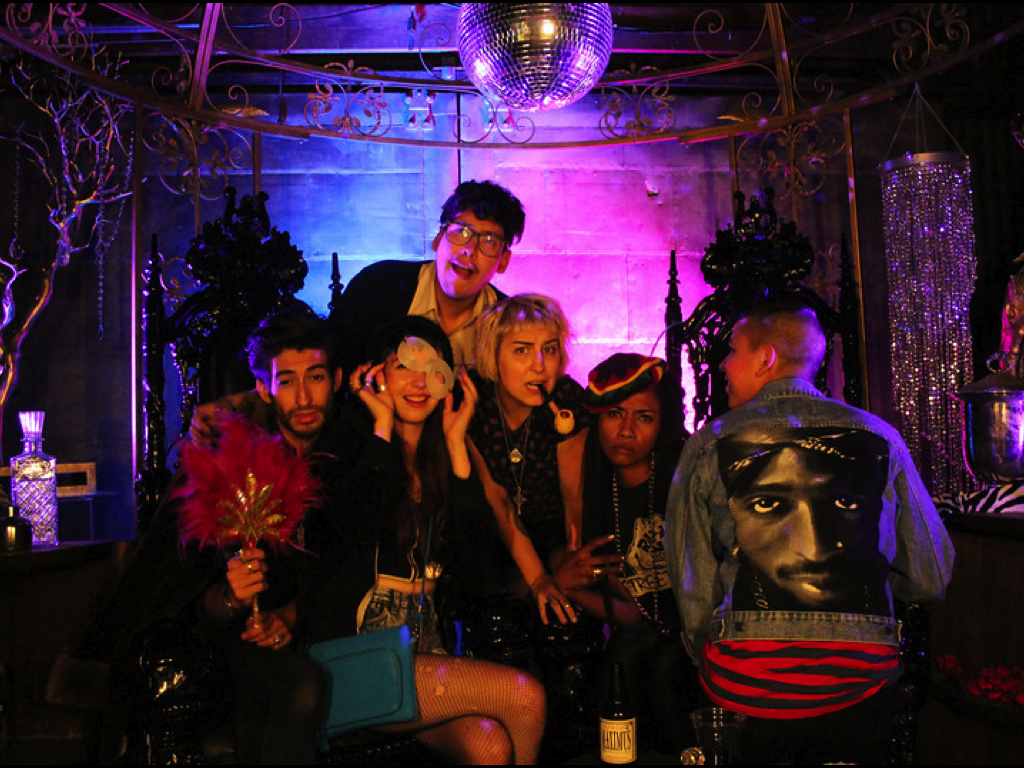 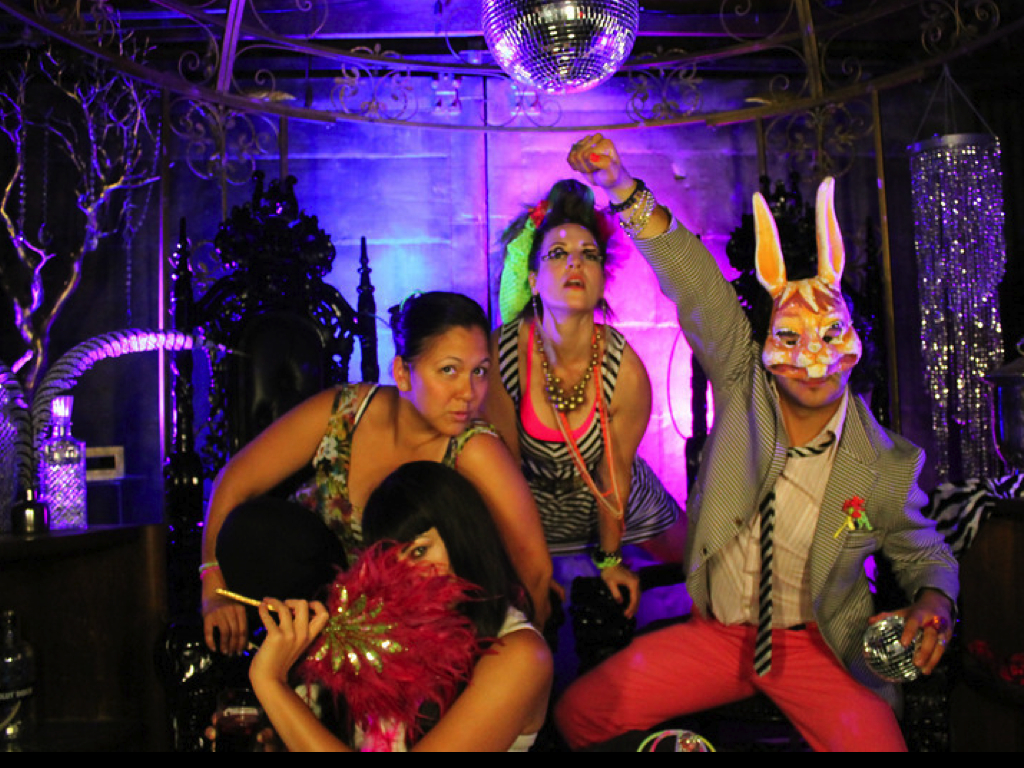 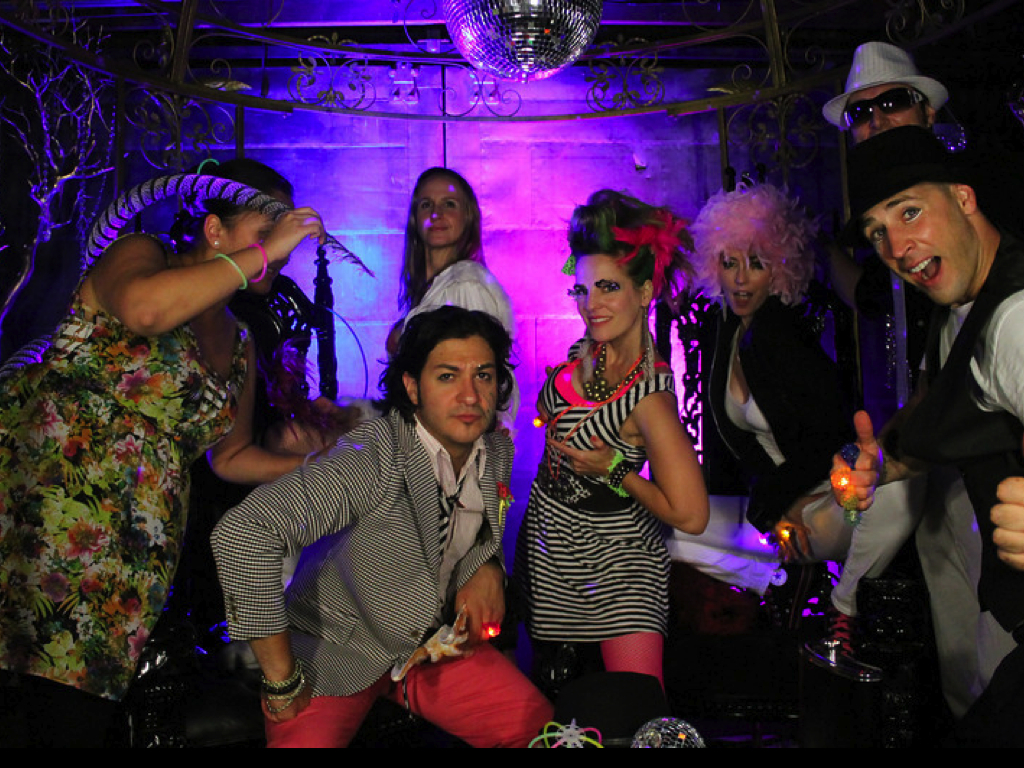 If these pictures were any indication of how much fun we had at the ELECTRO Neo dance party, well then so be it. I was laughing pretty hard when I first viewed the 200+ pictures of the photo booth online. This photo booth was a great way for people to have fun and it was great for us to have pictures of people and their costumes.

For this event I worked with Erin and Dustin of Archival Photo Booth. I have known Erin for years as we went to High School together, but this is the first time we actually worked together. Even though we hadn’t worked together, I thought she was a perfect fit for this party. I knew that she would bring such a positive energy and that the theme would be right up her alley.

For this photo booth we did not want to confine the backdrop to a closed booth but rather opted to keep it open so that we could design a set that was appropriate to the party. We hadn’t created a set for a photo booth before but creating a scene that the participants could interact with really brought another dimension of fun to the pictures. As we designed the set we wanted it to feel different from the rest of the party (which could be described as a mixture of neon, Urban Outfitters and Tron). Rather we wanted the booth to feel slightly more out of place and wanted it to feel slightly eclectic. (Hence our black Gothic Chairs and Disco Ball). Lady Gaga’s ‘video for “Just Dance” was our inspiration. Archival Photo Booth also added a lot of randomness to the look with all of their great props. Not to mention that they were a joy to work with.

I hope you enjoy these pictures almost as much as our guests did. Next time you are throwing a party and looking for an interactive way for your guests to be involved …Think Photo Booth!

We believe design begins with a relationship of trust with your wedding planner and event designer. When choosing an event designer or a wedding coordinator, we believe that you should feel listened to, understood, and guided through the process in a way, which helps you achieve a look and feel that is personalized to your style. There should be a connection with the designer’s work, esthetic, and a comfort-ability with the professionalism of the company they represent. Mutual respect between the client and the wedding coordinator or event designer is the foundation to a successfully designed event. We believe it is the client who holds all the secrets to their design – what they like, what excites them, and the message and experience they desire to convey throughout their event.
View all posts by Asiel Design →
This entry was posted in Asiel Design Warehouse and tagged Archival photo booth, Electro Neo, Lady gaga, Neon, Neon dance party, Neon party, Photo booth, Photobooth, Warehouse dance party, Warehouse party. Bookmark the permalink.