A bird in a cage | SUBZERO 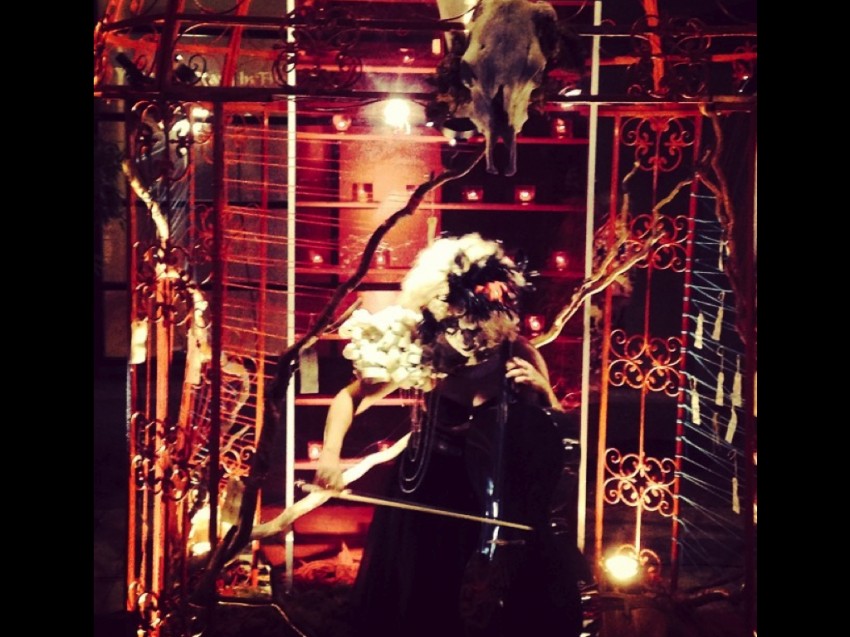 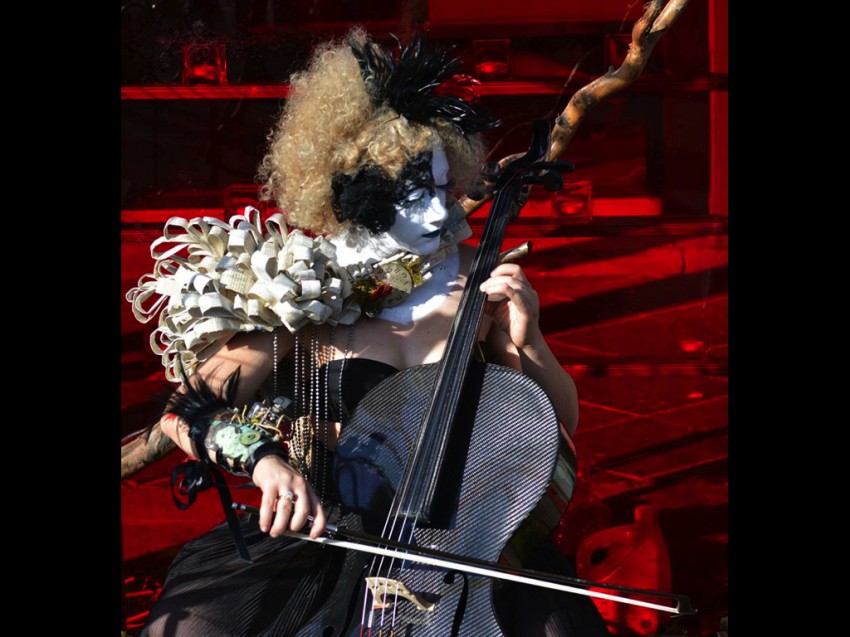 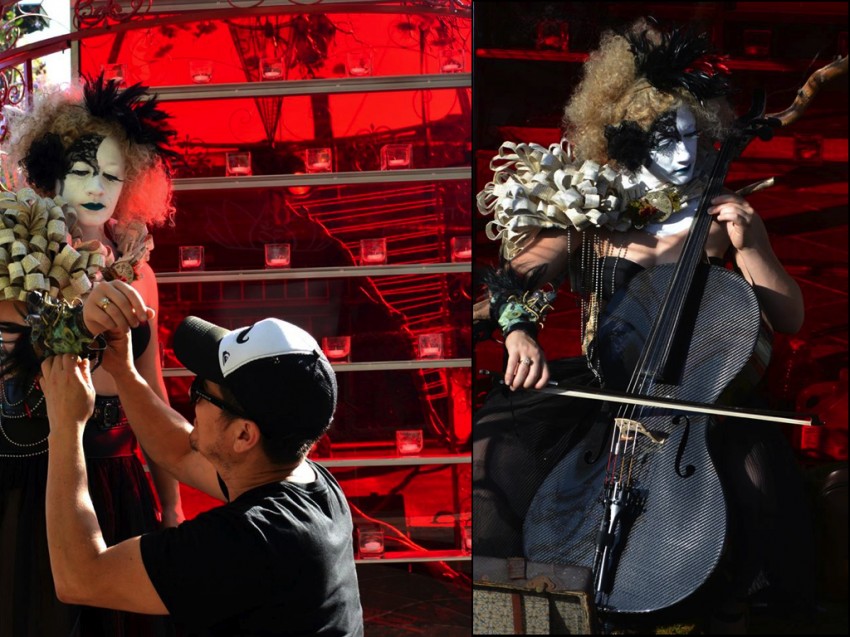 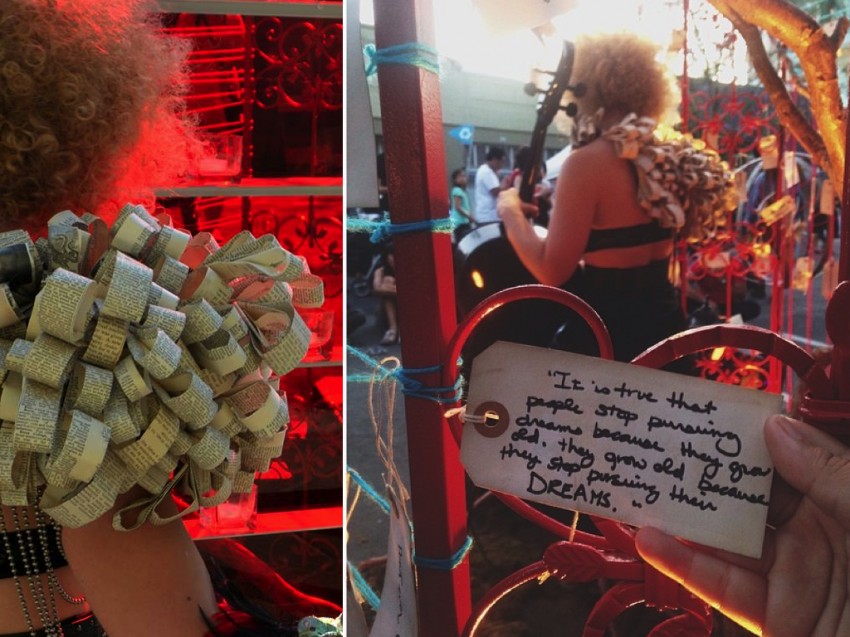 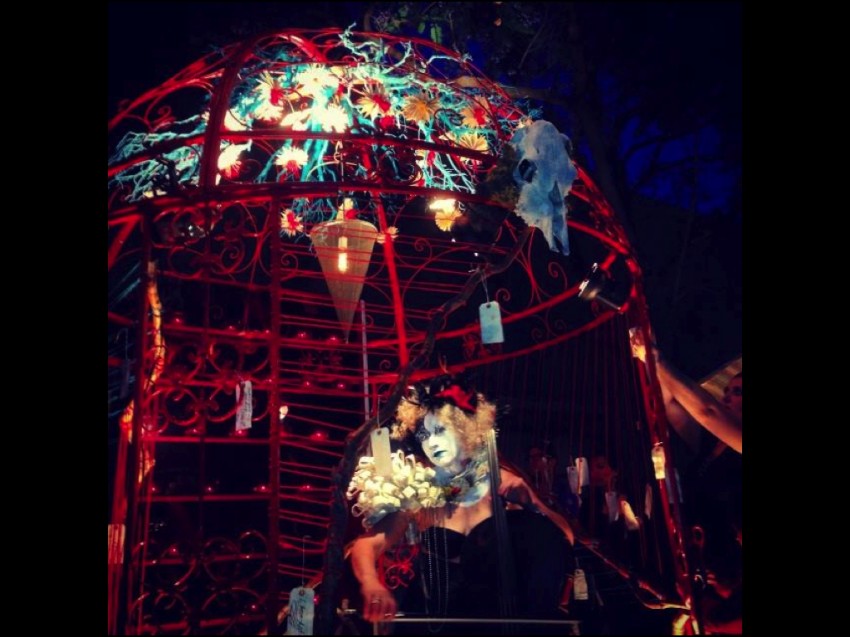 Tulio Flores, (a local artist and friend) asked Linnae and I to help him with an art installation for Subzero. Subzero is a local art festival that is annually held in down town San Jose.

The plan was to create a scene for Freya Seeburger to take music requests of those passing by and play them on her cello for all to hear. After hearing the concept I immediately recommended that we use our wrought iron dome to create a space. The dome has the appearance of a cage and the concept to have Freya appear as a bird in a cage was born. Tulio was instrumental in creating a yarn treatment that enclosed the cage. Linnae was pivotal in stylizing and creating an artistic look for our cello player.

Being at this event was magical. It was great seeing Freya in her element and creating art. Many who waked by heard the cello and stopped to listen the music. Some wrote music requests on the sheets of paper that where provided while others wrote notes of encouragement. For most it was a touching experience.

As I pondered the idea of a “bird in a cage” I was reminded of a story told by Wayne Dyer. Dr. Dyer is a spiritual/motivational teacher and he spoke of a bird that pretended to die in order to be released from its cage. I realized that dying is often talked about in relation to living. Many spiritual teachings talk about the importance of dying to one’s self in order to reach a high sense of life or freedom. As Freya played in her cage, I thought about these things.

I thought about being free to be one’s self and what one may need to give up to live in the moment. For Freya it meant that she was to be venerable to put herself out there for all to see. In doing so she created beauty as she created her art.

We believe design begins with a relationship of trust with your wedding planner and event designer. When choosing an event designer or a wedding coordinator, we believe that you should feel listened to, understood, and guided through the process in a way, which helps you achieve a look and feel that is personalized to your style. There should be a connection with the designer’s work, esthetic, and a comfort-ability with the professionalism of the company they represent. Mutual respect between the client and the wedding coordinator or event designer is the foundation to a successfully designed event. We believe it is the client who holds all the secrets to their design – what they like, what excites them, and the message and experience they desire to convey throughout their event.
View all posts by Asiel Design →
This entry was posted in Inspirations, Personal and tagged Art installation, Art installation subzero, Freya seeburger, Subzero, Subzero San Jose Art, Tulio Flores, Tulio Flores art. Bookmark the permalink.